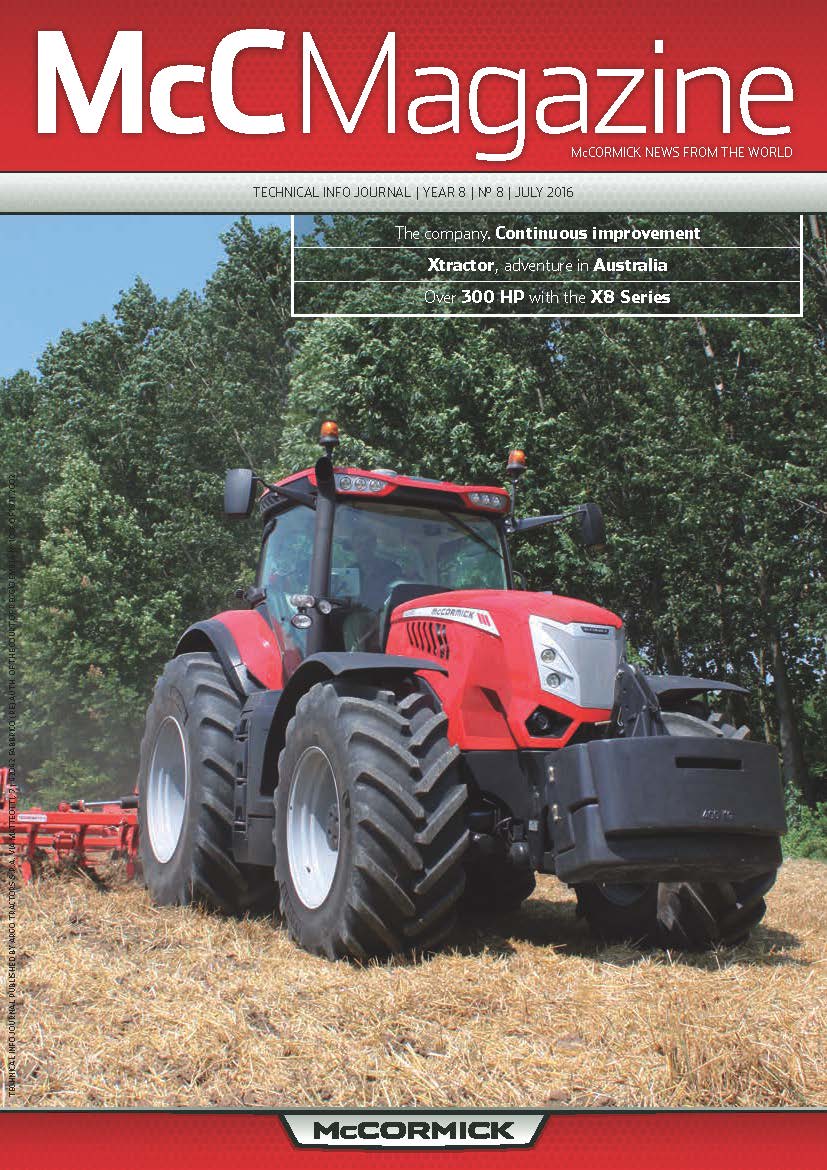 An approach made up of dust and endeavour was the strategy employed by McCormick over the past year, result of diligent team work and unstinting determination.

A string of events now reported in the new McCormick Magazine, the brand's house-organ intended for customers and fans.

After having practically renewed all the product families and created completely new ones, McCormick focused on its image and trademark in order to underline continuous improvement towards market and customers.

The Magazine addresses the activities developed by the brand during the year for the purpose of achieving these goals. One of these was Xtractor Around the World, the Australian adventure lasting 45 days to be broadcast during the Autumn by the Discovery Channel.

A first goal followed by field events like VT-Ride Show, where American legend McCormick shared the road with another American legend: Harley Davidson.

McC Magazine goes on to report McCormick's numerous activities in Italy, backed by the dealers, its world-wide initiatives supported by importers and branches, plus the more recent brand innovations such as the front loaders now available for all McCormick tractor ranges.

The new McC Magazine is available in Pdf format on the website https://www.mccormick.it. It can also be downloaded from the McCormick Digital Library app in the multimedia format with extra contents