About 300 km North East of Durban along the Indian Ocean shore, Saint Lucia is a small seaside resort which is very popular in South Africa, and quite understandably so. The tropical vegetation, the flowers and the relaxed atmosphere lend it an almost Caribbean flair, but that is only half of the story. One of Saint Lucia’s major attractions beside the beaches is that it sits right inside one of the country’s most beautiful parks. Third largest by size in South Africa, the iSimangaliso Wetland Park stretches over 280 km along the coast. Its name comes from the Zulu term meaning, “wonder” or “miracle”, referring to the enthusiastic report of Zulu king Shaka’s envoy who first visited the place.  The parks’ huge biodiversity, its unique ecosystems and natural beauty, all concentrated in a relatively small area, have earned it the status of UNESCO World Heritage site. iSimangaliso includes coral reef and sandy beaches, subtropical dune forests, savanna and wetlands which are home to a vast array of animal species, including elephants, African leopards, white and black rhinos, over 350 bird species, dolphins, turtles, whales and over a thousand Nile crocodiles. 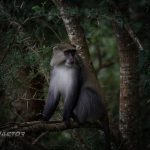 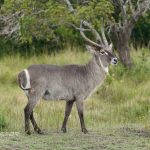