XTRACTOR AROUND THE WORLD NEW ADVENTURE IN 2018 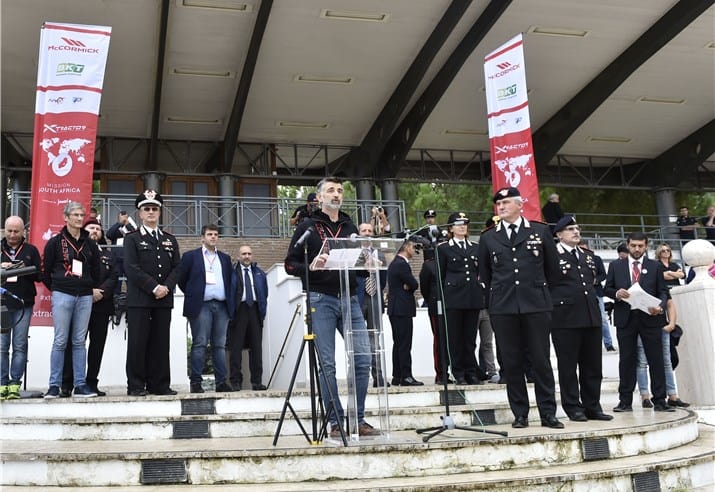 Xtractor Around the World will set off on a new adventure in April 2018:destination South Africa

/a>After the first expedition in Australia across the vast open spaces of the Outback and along the Pacific coast, following the largest coral reef in the world, Xtractor Around the World is about to set the convoy of McCormick tractors back in motion and head off on a second exciting trek.

/a>During this second expedition, due to start in April 2018, Xtractor will be crossing the great South African national parks and the endless expanses of vineyards in the Winelands, finally climbing the extensive mountain range of Drakensberg (Mountain of the Dragons) in Lesotho, which soars to a height of 3,482 meters.

/a>McCormick, a tractor brand belonging to the Argo Tractors group, will be the main sponsor of the expedition along with BKT and other important backers.

/a>Once again, 4 McCormick tractors with more than 1,000 HP overall power will be firing up their engines as they start out on this thrilling expedition. Vehicles that are so comfortable and reliable that they were able to cover 8,500 km in Australia in total safety, in even the most difficult situations.

/a>“Our intention with Xtractor – Around the World,” declared Antonio Salvaterra – Marketing Director Argo Tractors, during Xtractor Day, “is to make TV audiences at large aware of the challenges faced by agriculture by disclosing the more spectacular aspects of farm machinery at work. But that’s not all. Xtractor is also a metaphor of life, where determination, drive for innovation and the ability to adapt to unexpected situations prevail, as well as a simple but fundamental principle: teamwork to overcome obstacles and achieve goals”.

/a>The presence of the Carabinieri Corps will be a point of pride for the expedition. The 7 tractor drivers will, in fact, be Carabinieri – part of the State Corp for Forestry, Environmental and Agro-food Protection and the 1st Paratroopers Regiment “Tuscania”.

/a>“Xtractor South Africa is proud to embark upon this second expedition alongside members of the Carabinieri Corps, an organization of the very highest institutional profile which shares the values and aims of the Xtractor project”, commented Salvaterra.

/a>This is because the second edition of Xtractor is not just an adventure. It is also noteworthy for its humanitarian content: the convoy will be involved in the agricultural projects of the local communities encountered along the way, communities that need all the help they can get if they are to be able to develop economically. As announced during the official presentation, this commitment is confirmed by Xtractor’s cooperation with Amref, one of the world’s largest no-profit health organizations.

/a>To conclude Xtractor Day, the 4 McCormick tractors, soon to be the protagonists of the thrilling journey in discovery of South Africa, left the barracks and paraded down the streets of Rome as they passed through the main tourist attractions of the capital ready to begin a new and amazing adventure.