Women and agriculture: what are the figures about women entrepreneurs?

Historically, women‘s roles as labourers, mothers, educators and in managing farms contributed to making the image of women working in the fields an integral part of many cultures. Yet, despite the fact that women have always played a key role in agriculture, this sector continues to be dominated by men in many ways.

It is difficult to give due credit to women for their actual importance in rural economy, because their role is often not recognised and it is difficult to measure it statistically. In addition, the situation often varies significantly from country to country

Women in agriculture: the European scenario

Generally speaking, women engaged in agriculture are confronted with a certain degree of inequality in treatment compared to men: they have lower wages, lower chances of making strategic decisions, difficulty in gaining leadership positions, and even when they do, they run smaller farms on average. They tend to be more vulnerable if they lose their jobs and it is harder for them to obtain access to funding and training on new technologies.

The European scenario is emblematic: according to a study by the European Commission, women make up nearly half of the rural population, yet of all the people who run a farm , only about 30% are women – in other words, 7 out of 10 farms are run by men. On the other hand, figures for the individual countries of the European Union vary significantly, ranging from 45% of women in managing positions in Latvia and Lithuania, to 10% or less of Germany, Denmark, Malta and the Netherlands. 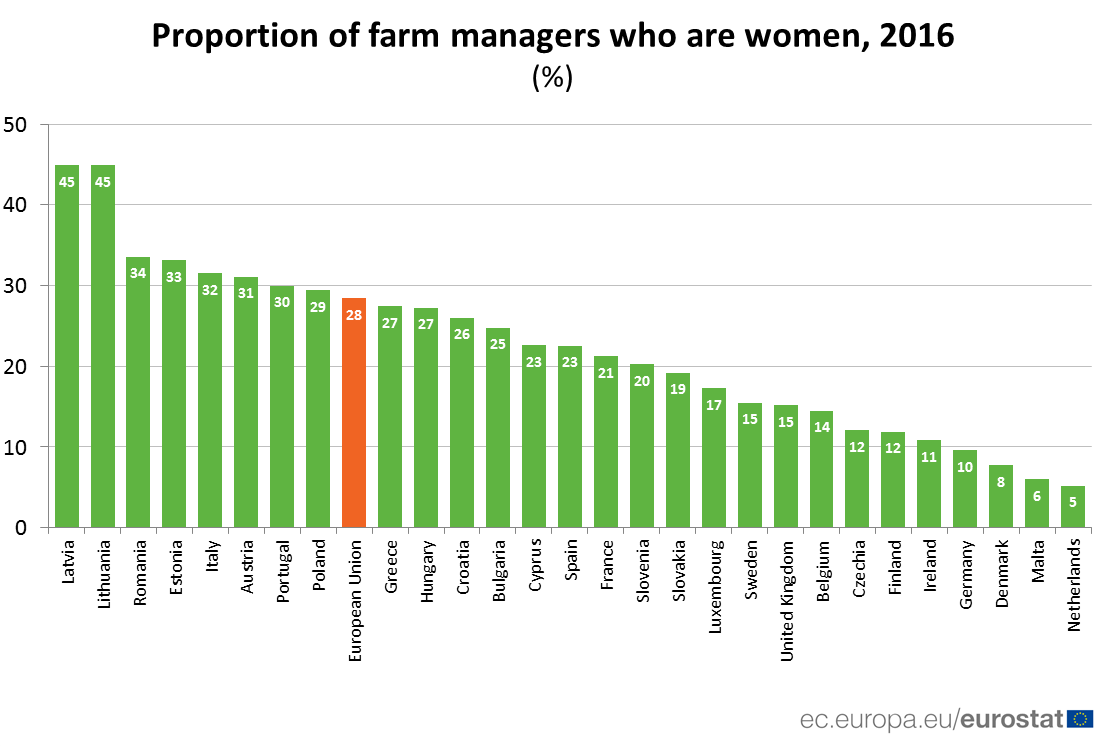 It is encouraging that the number of women engaged in agriculture has been growing, albeit rather slowly. However, this positive trend was strongly affected by the enlargement of the European Union in 2004 – when some Eastern countries joined Europe – where, in general, the number of farms owned by women is proportionally larger than in the western part of the continent.

On the other hand, generation turnover does not seem to promote the increase of women employed in agriculture: only 4.9% of farmers are women under 35, while more than 40% of the women working in this field are over 65 – compared to 27.6% of men. If this trend does not change, the gender gap may widen in the coming years.

Other figures are not particularly encouraging either: on average, gross hourly earnings of women are 16.2% lower than those of men. The average surface area of female farms is 6.4 hectares, less than half the male average (14.4 hectares). As a result, average yield is also much lower: €12,000 for women compared to an average of about €40,000 for men.

The gap is even larger when you look at the overall amount of land controlled by women: only 12%, compared to 61% controlled by men (the remaining 27% is controlled by legal entities, such as big corporations).

Women and agriculture around the world: some positive indications

A global study conducted by Corteva Agriscience showed that discrimination is still widespread, albeit to a lesser extent than 10 years ago. Women interviewed in 17 countries and on various continents all say that they are very proud of their work, but are faced with some obstacles. More specifically, they complain about lower revenues, difficulties in obtaining funding and, as a result, in making important decisions to improve their business.

In many countries, especially in developing countries, women also have fewer opportunities to obtain the same level of education as men, or the training necessary to use the most advanced technologies, which makes it harder for them to introduce the latest innovations in production technology.

As a result, it is hardly surprising that financial stability and the ability to support their families are some of the key concerns mentioned by interviewees. However, most of them are optimistic about the future and believe that the condition of women will improve in the coming years.

The study concluded that women’s empowerment in agriculture could make a crucial contribution to the revival of rural areas, and would not only help improve the economic standing of local communities and families, but also meet the growing global demand for food. 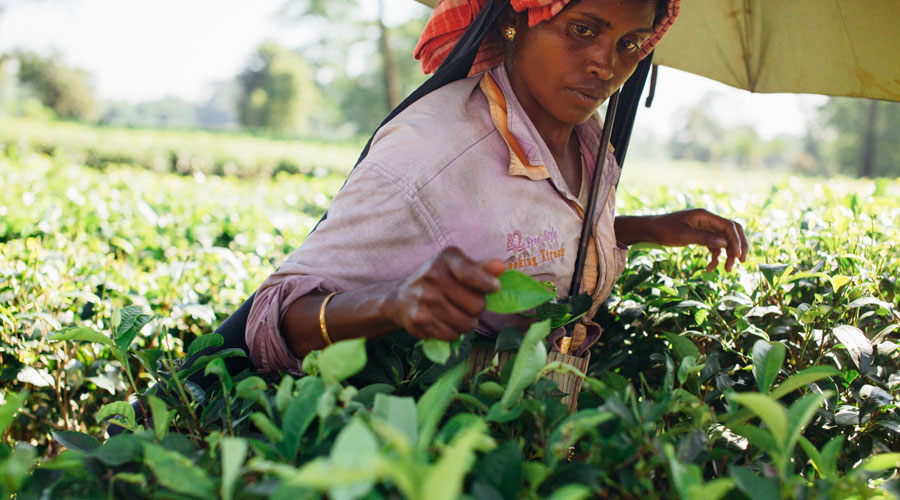 In the United States, the U.S. Department of Agriculture reports initiatives to encourage women to meet the new challenges facing agriculture, while the UN has set up some projects, such as Rural Women’s Economic Empowerment, which are particularly focused on women in developing countries.

To help those working in agriculture face the challenges of tomorrow with greater confidence, McCormick created the ‘Human Factor’ – a software designed to offer a simple, quick way to optimise the on-road driving style of operators in terms of three performance indicators: comfort, safety and economy of operation. Learn more about the cutting-edge technology and performance of our tractors.