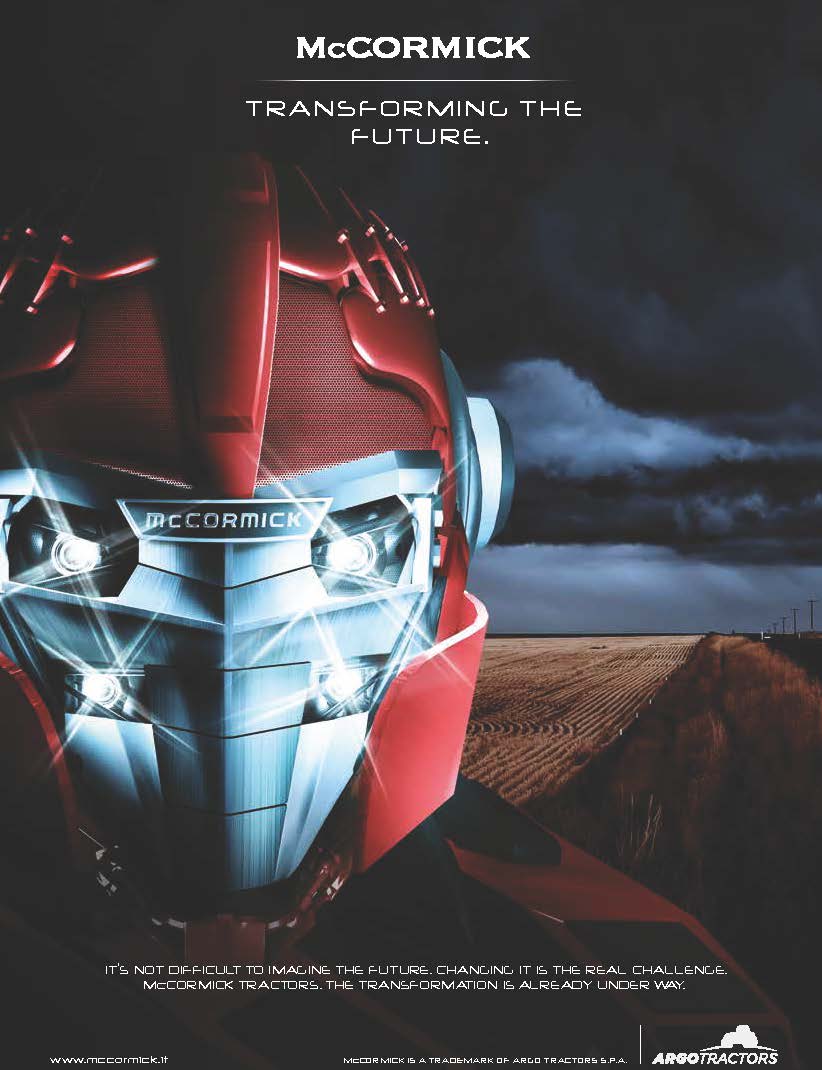 A courageous, original campaign that gets out of the old thought patterns and communicates the major changes due to take place in the near future. So it's with a pioneering concept that McCormick presents the new advertising campaign entitled "Transforming the future".

A slogan that underscores McCormick's mission: establish new standards by opting for new transmissions, new engines, new electronics. Evolved but user-friendly technology plus top-of-the-class comfort, speaking of the new X8 Series to be presented within a few months at Hanover's Agritechnica fair.

But apart from looking to the future, McCormick's new advertising campaign also turns the spotlight on the “transformation that's already under way”, meaning the year 2015 X7 tractor model, which has enjoyed tremendous success over the past few months and has provided very useful input for the cab and design of McCormick's latest generation tractor ranges.

McCormick's new graphic campaign is relaunched by a 30-second viral video published on the web and social networks that turns into an absolutely unexpected film clip, almost from the realms of science-fiction, using impressive graphical features.