McC Power Technology, the benchmark of the McCormick world 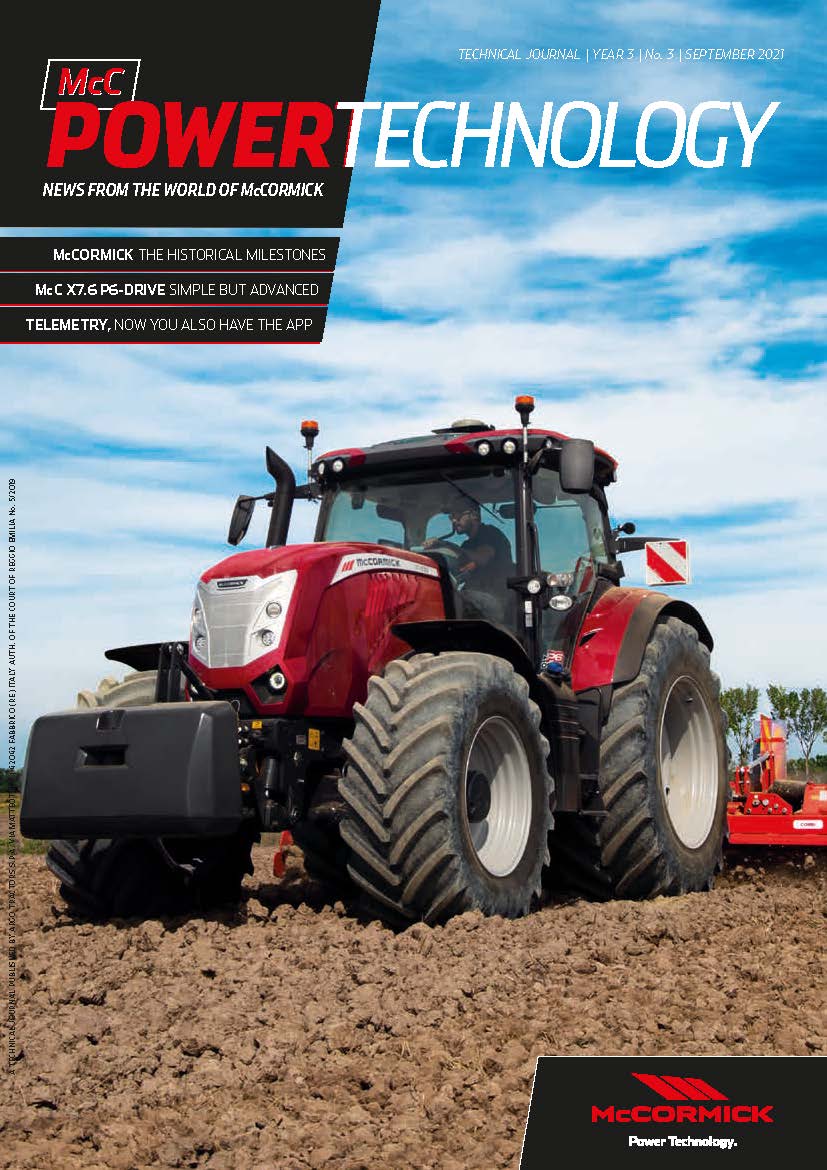 All the news from the world of McCormick can be found in the McC Power Technology magazine, the new issue of which has been published in digital format on the McCormick website. This features information and interesting facts on the products as well as services of the Argo Tractors brand.

“With McCormick – which is increasingly becoming a point of reference for those looking for high-performance tractors and efficient services – McC Power Technology (the magazine that provides news and information about the brand) is also becoming a useful and eagerly awaited tool for our customers”, says Antonio Salvaterra, Marketing Director of Argo Tractors. “From the pages of the new issue, we convey the determination, courage and power of the McCormick team, which has allowed us to stay in the field every day during the difficult months of the emergency as well as nurture a relentless desire for rebirth.”

As evidence of the group’s ability to respond to the emergency period, the magazine gives space at the beginning both to the Argo Tractors distribution network – which saw the consolidation of branches as well as the entry of new strategic partners – and logistics, which has evolved in terms of digitalisation and change of processes to meet new market requirements.

As far as innovation is concerned, the magazine deals with the issues of connectivity and electrification. However, a look to the future cannot ignore training, which is the focus of the in-house Academy and the connection with the school as well as education system with which Argo Tractors has been collaborating for years. In fact, it hosts internships and provides study material, particularly in the synergy with ITS Maker.

The focus of the magazine is on McCormick’s new products and services. Regarding the former, there is particular emphasis on the power of the new McCormick X7 P6-Drive in Stage V, which combines sophisticated technology and ease of use. In the field of new services, the focus is on the collaboration with Actia for the development of the ‘McCormick Fleet Management’ telematics and remote diagnostics systems, now also available on smartphones thanks to a dedicated APP.