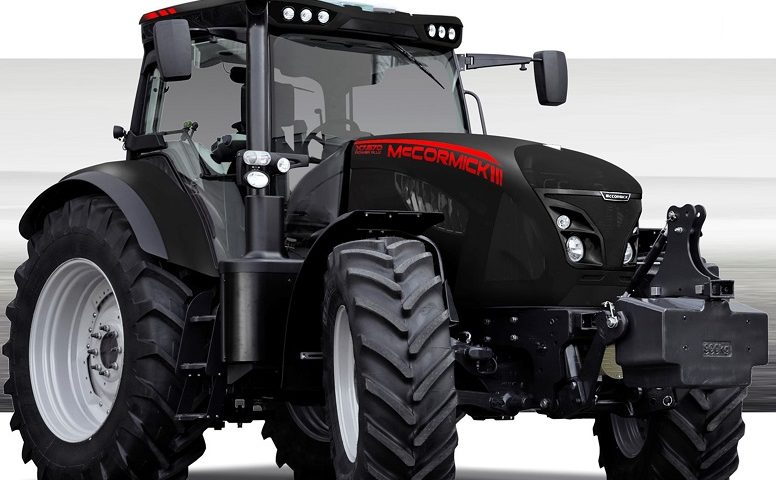 McCormick North America recently hosted its annual 2016 Dealer Meeting event for its entire North American dealer network.  Held in Orlando, FL, McCormick unveiled its latest offering, the X7 VT-Drive series tractors with CVT transmission and advanced technology.  Attending dealers had the opportunity to get up close and personal with the new tractors during presentation and ride n drive.

In launching this new product, McCormick is offering a Limited Edition configuration to celebrate its release.  “We are excited to bring this new technology to the North American market,” says Tiago Bonomo, President of McCormick North America.  “CVT is recognized in the industry for its performance and efficiency.  So, why not generate some enthusiasm with a limited edition variant?”  After the initial unveiling in Orlando, McCormick will officially launch the X7 VT-Drive Series at the National Farm Machinery Show in Louisville, KY, with a display featuring the new limited edition models.

The continuously variable transmission (CVT) is a concept that combines the best features from two different transmissions:  the efficiency of a mechanical transmission, and the infinite speeds and smooth acceleration of a hydrostatic transmission.  The result is a tractor that delivers peak performance and maximum efficiency in nearly any application.

“Besides just showing the new tractors, we want to make sure that our dealer network is informed of the company’s current status and direction for the future,” says Bonomo.  “We want to build a partnership with our dealers and grow together.  And, it’s always great to host the event in a city like Orlando that can offer added activities and entertainment.”

Dealers and sales team members from all across the United States and Canada were invited to attend the Dealer Meeting.  In addition to the unveiling of the new X7 VT-Drive Series, attendees were informed of some new corporate initiatives being introduced in 2016 and beyond, and were also treated to exceptional accommodations, meals and entertainment at the Rosen Centre Hotel & Resort.

In addition to the launch of new products and the ride and drive opportunity, McCormick also took this time to honor our top performing dealers from 2015.  Awards were given out including first, second, and third place Dealer Excellence Awards, Best Selling Parts Dealer, Most Improved Dealer, and Best New Dealer.  Through these awards, McCormick is able to give credit to our top performing dealers as well as to give all dealers a title to work towards in future years.

For more information about McCormick North America and its affiliates, please visit the McCormick website, www.mccormickna.com.