Being appointed to the sales, service and parts dealer network for McCormick tractors is the icing on the cake for business partners Nigel Gardiner and Jim Pearson of Venture Farm Machinery – and they have local farmers to thank for the opportunity.

“We weren’t looking for a tractor franchise at this time in our company’s development,” says Nigel Gardiner. “But the level of interest shown in the McCormick tractors we borrowed for our Krone grass machinery demonstration set off a lightbulb moment; we had a long discussion with the McCormick people the next day and everything came together.

“They wanted a dealer on our patch and we could see how the McCormick tractors would suit all farming and non-farming requirements in the area while complementing our equipment franchises.”

Nigel Gardiner and fellow director Jim Pearson formed Venture Farm Machinery based at Pytchley near Kettering three years ago after they were made redundant from a large agricultural equipment dealership when several branches were closed.

They recruited colleague Derek Lispcombe from the same group to draw on his long standing parts management experience and soon were appointed to handle sales and after-sales support for Amazone, Krone and Opico implements, along with Kidd and Tanco implements, and HM trailers.

Together with parts, tools and accessories from the Granit range and complementary suppliers, business soon took off.

“A number of people wonder how it’s possible to set-up a new dealership and acquire such leading franchises,” says Mr Gardiner. “But in each case we were in the right place at the right time with the right experience when the manufacturers needed local representation.” 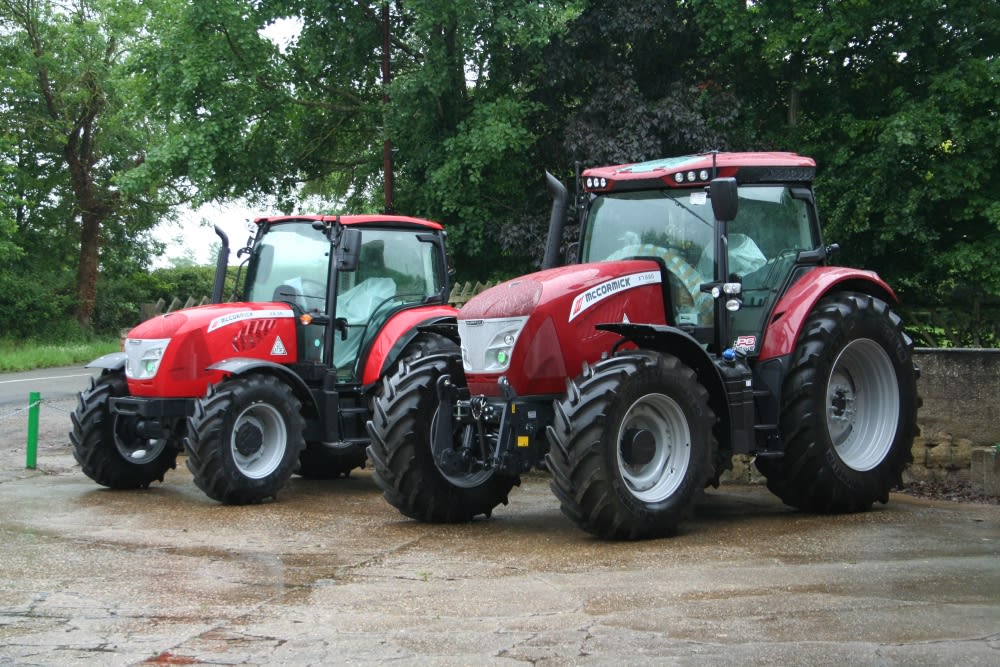 Ben Agar of McCormick manufacturer Argo Tractors says the track record of the people involved in the Venture Farm Machinery business makes him confident of their continued success with the McCormick tractor franchise covering Northamptonshire.

“Jim and Nigel have proven sales and sales management ability, and Derek’s 20-years experience makes him the go-to man for parts, so they have the complementary skills needed for the business to do well,” he says.

As for the McCormick product range, Jim Pearson believes the tractors are under-rated: “With compact tractors from 43hp, through a good choice of mid-range models, up to the big six-cylinder machines there’s something for everyone in the McCormick line-up,” he maintains.

“The cab designs offer a lovely working environment with modern features, fit and finish, and they’re built using top-quality components, either manufactured in the Argo Tractors factories in northern Italy or sourced from renowned suppliers such as ZF and Carraro.

“I’ve had more interest in the first week with the McCormick tractors than any tractors I’ve sold before,” he adds. “We just need to encourage potential customers to get behind the wheel to see for themselves how good they are.”