The tractors of the new McCormick X4 Series are designed with simplicity, efficiency and versatility in mind. Available in both cab and ROPS versions, the X4 is ideally suited to meet the needs of farmers that require a low-cost, all-round tractor. Perfect for wide-row vineyards and orchards, the X4 is equally at home ploughing, tilling and harrowing small plots of land as well as sowing and haymaking. Its excel lent all-round visibility ensures safe loader work and its com pact size allows for optimum manoeuvrability inside barns and sheds, while its stability will ensure safe operation on sloping terrain and during road transport. 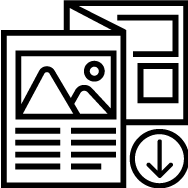 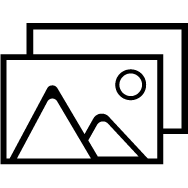 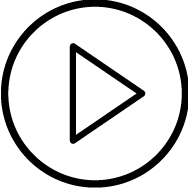 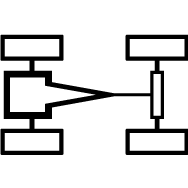 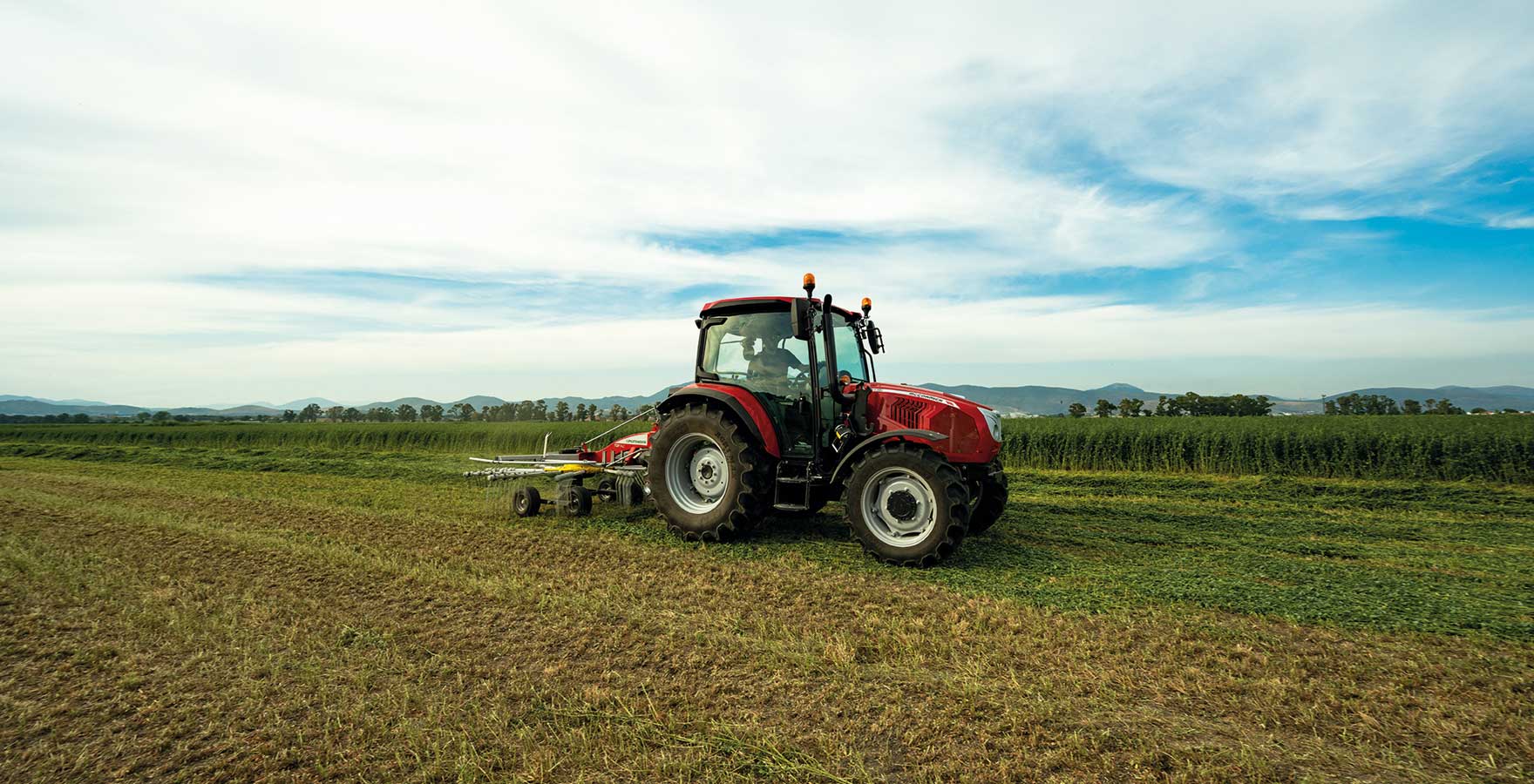 The strong points of the X4 series tractors from McCormick include:

A spacious environment, a flat floor, efficient sound insulation, automotive-grade fit and finish, ergonomically-arranged controls, a steering wheel that tilts with the instrument panel: the Total View Slim cab is designed to offer the operator maximum comfort and ease of use, making long working days in the field less tiring and stressful. The climate control system, conveniently integrated into the low-profile roof, maintains a comfortable working environment whatever the outdoor weather conditions. The air conditioner filters are located on either side of the cab roof and are easily accessed for cleaning. The cab’s generous glazed area provides unobstructed 360-degree visibility for easy manoeuvring in tight spots, where close-range work is required. The Total View Slim cab meets FOPS (Falling Objects Protecting Structure) safety standards for the use of front-end loaders and features a transparent roof hatch for extra visibility during loader operation. Equipped with a suitable tyre size, the X4 tractor reaches a minimum width of only 1820 mm, making it ideal for working between orchard rows. 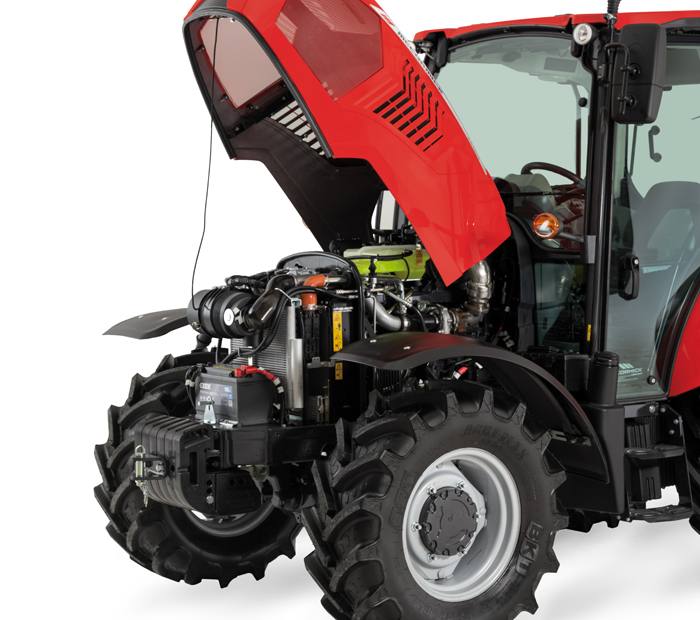 The McCormick X4 is powered by a Kohler KDI 2504 TCR four-cylinder, turbo intercooled engine with multivalve technology and electronic common rail injection system. The Kohler engine offers superior performance in terms of power, torque backup and fuel economy. In addition, the exhaust after-treatment system of the X4 is urea-free, which simplifies electronics and improves fuel economy and reliability. The X4 is equipped with an 85-litre fuel tank which ensures many hours of operation without refuelling. Fuel efficiency is further enhanced with the Engine Memo switch, a device that allows the operator to store and recall the engine speed most suited to the implement used. This automation simplifies work and minimises the risk of error, thereby reducing operator’s stress. 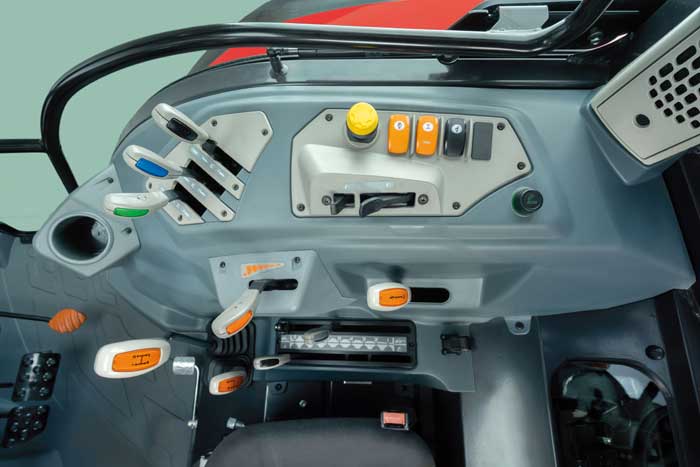 The name McCormick stands for uncompromising technology. Staying true to its design philosophy, McCormick has developed a range of rugged and efficient transmissions to meet every customer’s needs. For the X4 tractor range, McCormick offers two transmission configurations:

- A Power Four transmission with power shuttle providing 12 forward and 12 reverse speeds. This configuration is ideal for those tasks requiring frequent forward/reverse shifting and helps increase operator comfort during long working days in the field. 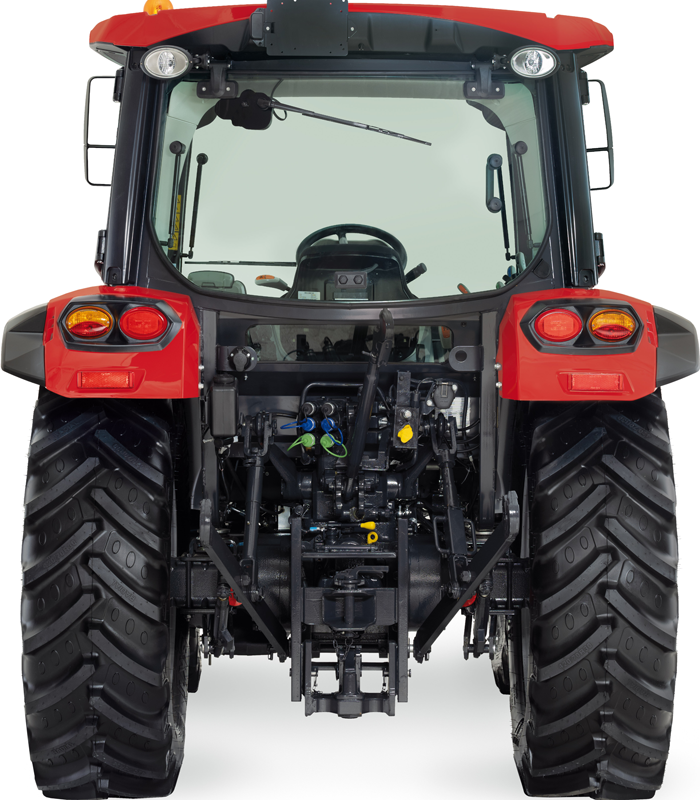 Hydraulic system tailored to your needs

The hydraulic system of the X4 range features two pumps. One pump provides a flow rate of 30 l/min to the steering system ensuring smooth and precise turning in the field and on the road for enhanced operator comfort and productivity. The other pump supplies 52 l/min to the hitch and remote valves. To further enhance the tractor hydraulic performance, the X4 range comes standard with a pressure-free return line to the oil tank. This solution prevents oil overheating doing away with the need for continuous flow rate adjustment, and eliminates backpressure, thereby optimising implement operation.
The X4 can be equipped with up to five remote valves, three rear-mounted and two mid-mounted. The mid-mount remotes, operated by a joystick, allow the use of either a front hitch or a front loader. The X4 tractor offers four types of remote valves that can be used in combination to suit different application needs. 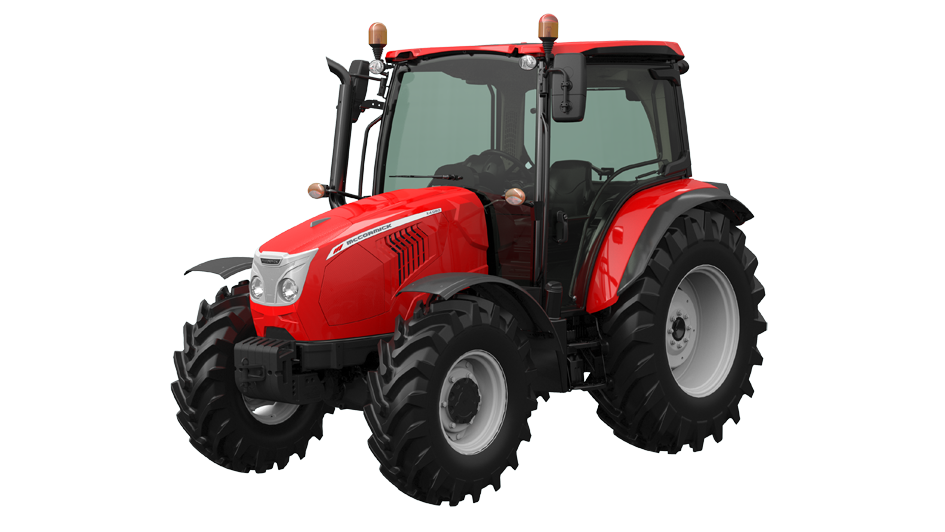