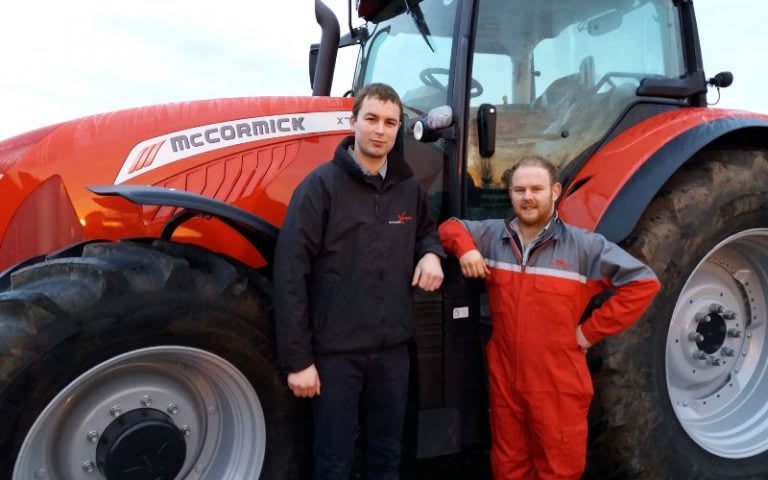 Two young agricultural engineers have taken control of their careers by forming a new farm machinery dealership to service and repair equipment, and supply new tractors and implements.  The directors, Andy Mitchell and Liam Wylie, have complementary skills and the company AL Agri Ltd at Forfar represents McCormick in Angus & Perthshire

AL Agri, based on farm premises close to Forfar, has been set up by long-time friends Andy Mitchell and Liam Wylie, who started their careers together as apprentice workshop technicians. The pair secured agreements to supply McCormick tractors and Pöttinger grass and arable equipment to underpin their new venture, and they also now handle Abbey livestock and grassland equipment, Albutt loader attachments, INO flail cutters and Carré harrows and cultivators.

Bob Bain, Scotland area sales manager at McCormick distributor AgriArgo UK, said: “The new dealership is representing our McCormick tractor range in Angus and north Perthshire, providing parts and service support as well as supplying new tractors.  Andy and Liam’s energy, enthusiasm and complementary skills should stand them in good stead as they work to establish the business,” he adds “And we’re delighted that they got off to a good start by retailing one of the first of the new 160hp McCormick X7.650 Pro Drive tractors in Britain, and also a 177hp McCormick X7.670 Pro Drive”.  A four-cylinder version of the X7 Series tractor is now on order as a demonstrator and viewings of other models in the current 43-212hp McCormick range can be arranged.

Having learned their craft in the workshops of a large machinery dealership in the area, the AL Agri partners went their separate ways, Liam spending time in New Zealand travelling and working for a dealer there, while Andy shifted across to the sales team. “After Liam came home, and having spent 12 years in the machinery business, we felt the time was right to work together again and start our own business,” says Andy Mitchell. “It’s difficult to start up as a one-man band because if you’re busy on repairs and servicing all the while, there’s no time for following up sales leads. By working together, we can both spend time in the workshop or attending to equipment on-farm, but as the business develops, I’ll be free to devote a couple of days a week or more to sales.”

Since opening their doors to the new McCormick Dealer Angus & Perthshire, Andrew and Liam say they have been “bowled over” by how busy they have been and how much support they have received from the local farming community.

“We have a very personal approach, which people appreciate, but it also helps that we’re offering really good machinery at this early stage of the business,” says Andrew. “The McCormick range offers so much for farmers in terms of both efficiency and value for money, and the people behind McCormick have a really forward thinking attitude – they want to work with farmers in the way that Liam and I do.” 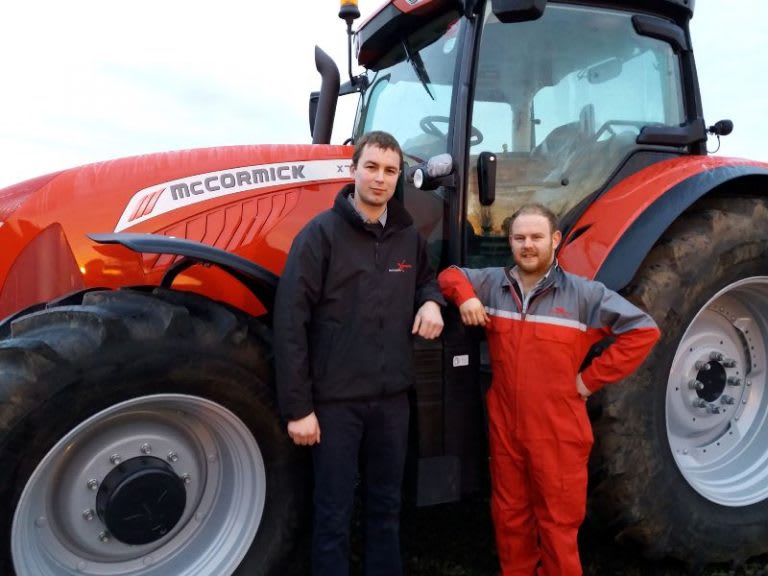 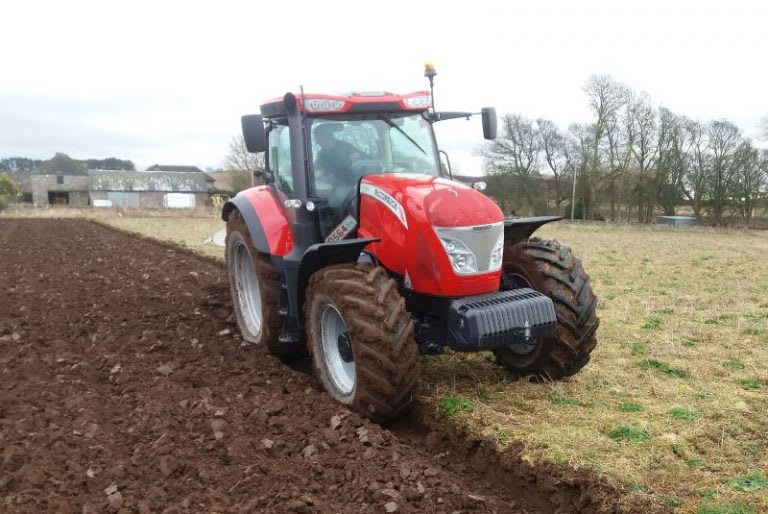