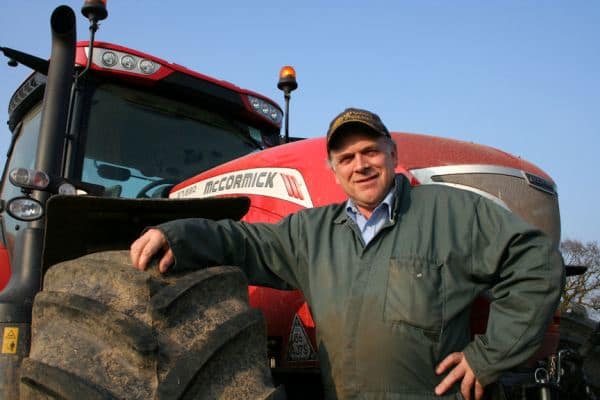 Martin Hambleton: “I phoned Colin Catley to ask what they’d done to the demo tractor because the performance was outstanding.”

Preference for ‘mechanical tractors’ is over-turned by electronics on latest McCormick.

For someone who used to think that having a cigarette lighter in the cab was enough by way of electronics, Martin Hambleton admits to being “dragged into the 21st Century” by his new tractor.

The 200hp machine set to become the busiest power unit on Battleflat Lodge Farm, Ellistown in Leicestershire also represents a significant change for the McCormick marque as electronics and the features they bring have been embraced wholeheartedly with the McCormick X7 Pro Drive tractor range.

“If I’d had a choice, I’d have gone for levers,” says Mr Hambleton. “But I’m glad I didn’t; the controls are so easy to use and I’ve been trying out the different features, like auto-shift, and really like them.”

McCormick has been the tractor of choice on the 500-acre mainly arable farm after an association with Massey Ferguson tractors ended with the purchase of a 162/171hp McCormick XTX165 tractor a few years ago.

“That’s still a lovely thing to drive and apart from routine servicing we’ve not put a spanner on it,” says Martin Hambleton. “Most of its time is spent on the sprayer now, as well as grain carting at harvest when it’s all hands to the pumps.”

The newcomer to the farm – a McCormick X7.680 Pro Drive tractor – replaced a 213/225hp McCormick TTX230 tractor that turned out to be a bit of ‘Friday’ tractor, with niggles that spoilt the ownership experience despite being supported conscientiously by Desford-based dealer Catley Engineering.

The decision to replace it followed a spell behind the wheel of the firm’s McCormick X7 Pro Drive demonstrator tractor.

“I phoned Colin Catley to ask what they’d done to the demo tractor because the performance was outstanding,” says Mr Hambleton. “I understand that introducing AdBlue exhaust treatment to clean up emissions means the engine can be tuned more like a Tier 1 or 2 engine – and it really shows; there’s so much torque it would pull our five-furrow auto reset plough just ticking over.”

As for the new control system, with buttons and dials mounted on a seat console, he is thoroughly converted: “Catley Engineering’s salesman, Harry Milner, spent about half an hour going through them with me and now, using the different controls is second nature,” he says.

“I’ve got more of a feel for them since our own tractor came, of course, because I’ve had time to try things like adjusting settings on the dash display using the selector dial on the side of the console, and using the MySwitch, which operates one of four different functions – so that’s three fewer buttons on the console for a start.”

The smooth-shifting nature of the ZF 24×24 speed Pro Drive transmission also gets the thumbs up, and especially the adjustable powershift and power shuttle response.

“I’ve got it on the softest setting at the moment and the tractor just glides to a halt and moves off again when you change direction, but it can be sharpened up when you want a snappier response,” Mr Hambleton explains.

The cab is a nice place to be, he declares, highlighting the big windscreen that gives a feeling of space as well as a panoramic view ahead, and the patented passenger seat, which folds out of the way into the cladding where it is protected from being brushed by greasy overalls.

“The McCormick designers have made a superb job of it – the only problem I can see is that everyone will want to be the one driving it!,” he adds. “I’ve a part-time driver who’s a really good ploughmen and he absolutely loves the tractor.”

The McCormick X7.680 Pro Drive tractor is the top model in the X7 six-cylinder line-up, with 188hp available for draft work from its FPT 6.7-litre McCormick Betapower engine, and up to 212hp for heavy road towing and driving pto implements.

At Battleflat, its main roles will be ploughing, cultivating with a heavy tined packer, spinning on fertiliser and carting corn at harvest.

Although it is still early days, with the tractor yet to reach the 200-hour mark, the omens are good: Mr Hambleton’s father, John, whose working days are behind him now, sums up the newcomer: “It’s a beautiful tractor,” he says.

Martin Hambleton: “I phoned Colin Catley to ask what they’d done to the demo tractor because the performance was outstanding.” 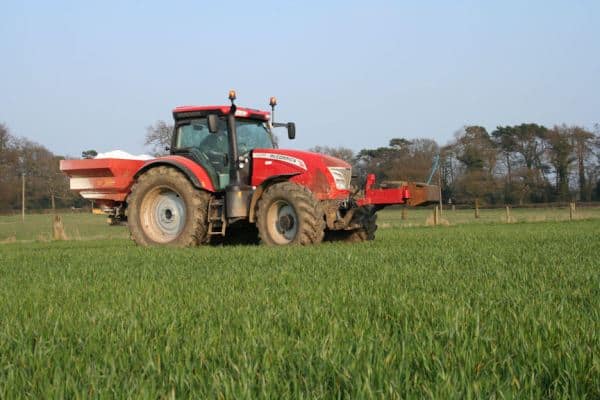 Martin Hambleton’s new McCormick X7.680 Pro Drive tractor will handle a range of jobs from fertiliser spreading to heavy cultivations. It has 188hp for draft work and up to 212hp for towing and pto implements. 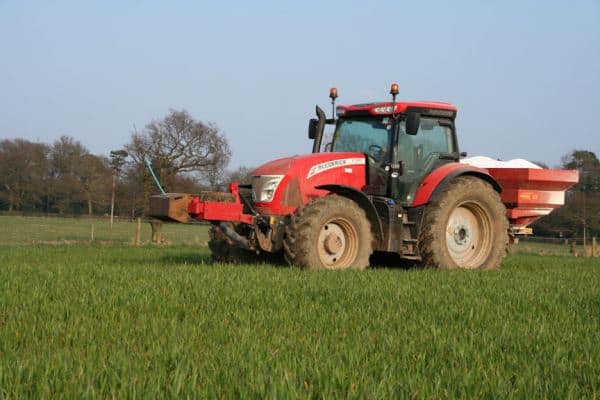 The tractor comes with a button-operated ZF 24×24 transmission and shift and shuttle response is adjustable to suit different situations and driver preference. 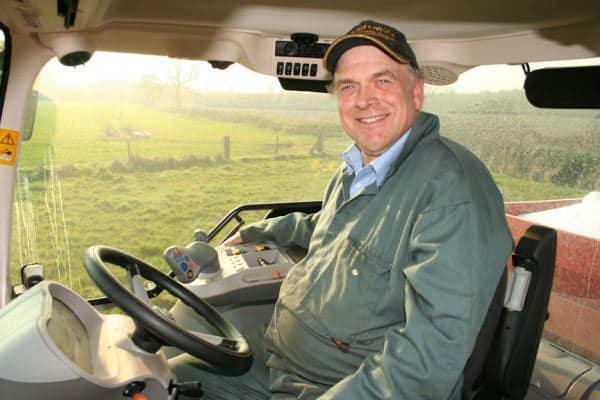 “If I’d had a choice, I’d have gone for levers,” says Mr Hambleton. “But I’m glad I didn’t; the controls are so easy to use.”