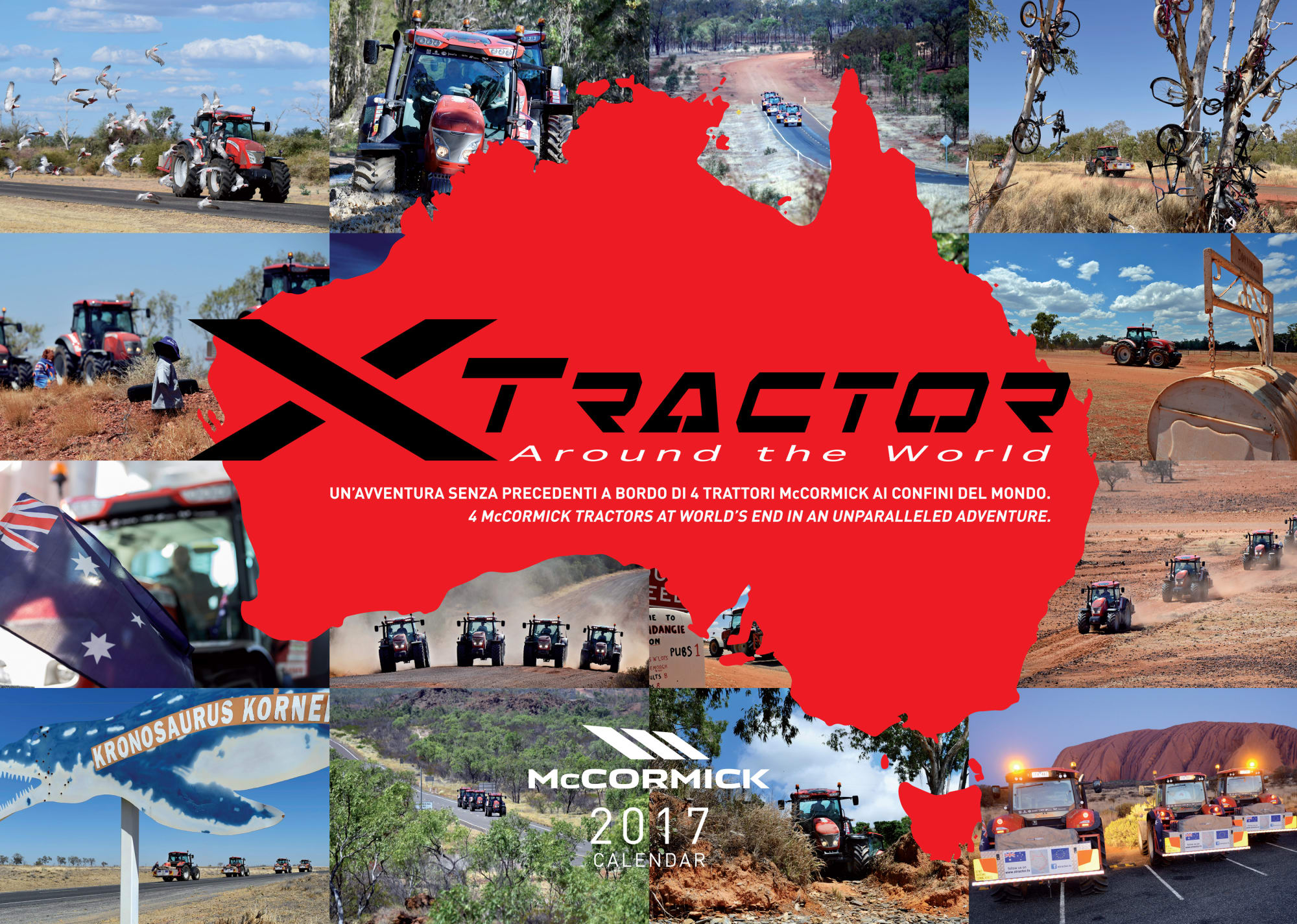 «Xtractor Around the World»: last year's exciting expedition around Australia that took the McCormick convoy from Melbourne to the majestic Ayers Rock. The protagonists were four McCormick tractors, three X7 and a X6, plus a crew of 10 men and 2 women ready to deal with the challenges of a country as spectacular as it is full of surprises.

These tractors are now playing the leading role in the 2017 McCormick calendar. A real collection of photographic masterpieces which depict some of the best and most thrilling moments of this exclusive adventure, when McCormick covered 8500 km across Australia in 45 days.

An enormously successful initiative, as testified by the unexpected number of people who followed it every step of the way on all media channels and during the final episode, shown on the Italian channel D-MAX, on the 4th November, when the broadcaster's average audience rating actually doubled.

Now available from your McCormick dealer or as a download from https://www.mccormick.it/mccormick/calendar/en/30961/Calendar.aspx the 2017 calendar celebrates the value and ability of McCormick technology to face extreme conditions in surroundings of breath-taking beauty and unspoilt nature, at World's End.