New recruit – Rachael Groves is the new marketing coordinator for the UK and Ireland at McCormick manufacturer Argo Tractors.

Joining a major tractor manufacturer as it prepared to stage its most ambitious presence at the LAMMA show this year proved a challenging “baptism of fire” for Argo Tractors new recruit Rachael Groves.

Her appointment in the new role of Marketing Coordinator meant organising every aspect of the show stand from working on the build schedule and ensuring the social media technology was up and running to staging two dealer meetings during the event.

“It was absolutely non-stop in the weeks leading up to the show and no two days were the same,” says Rachael. “But it was also very exciting to be part of a team putting on such an ambitious, modern and stylish exhibit of McCormick tractors at the show.” 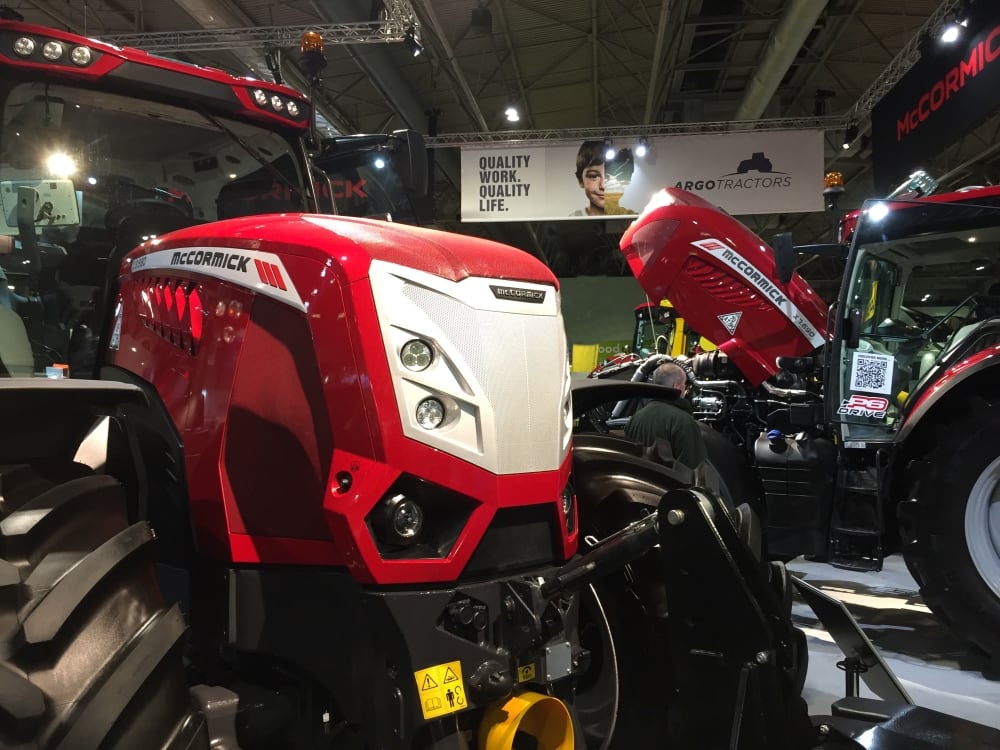 McCormick X8 and X7 series tractors on the Argo Tractors stand at the LAMMA 2019 show.

Having been an active and very much involved member of her local Young Farmers Club in Yorkshire, eastern England, Rachael cut her teeth in marketing at Sumo, the cultivations and drilling equipment manufacturer.

“That wasn’t the role intended for me; I applied for a job as an office administrator,” says Rachael. “But they recognised my ability to organise things, which I learnt during my time in YFC, and soon had me producing brochures and advertising, and helping to organise their presence at numerous shows and technical events around the country.”

Her roots are firmly in agriculture, having been brought up on the family farm growing arable crops and finishing beef cattle near Pocklington, close to where she now lives with her husband Dominic, an engineer with a manufacturer of potato and beet harvesting equipment.

“I’ve always enjoyed farming and was bought two pedigree Limousin heifer calves for my twenty-first birthday, and now have my own small herd,” says Rachael.

As for joining Argo Tractors, whose UK and Ireland operation is based at Harworth near Doncaster, it has been a real eye-opener, she adds.

“I’d heard of the McCormick tractor brand, of course, but wasn’t aware of the business behind it; it’s huge – the Argo group operates five factories making components such as axles, transmissions and complete cabs, and assembling the finished products before they are shipped around the World.

“There are ambitious plans to grow the business, especially in the UK and Ireland but also internationally, and it’s very exciting to be part of the team working to achieve that goal.”

Adrian Winnett, UK and Ireland managing director for Argo Tractors, said: “Rachael brought her energy and enthusiasm to our business just at the right time to help make our presence at the LAMMA show a great success. It involved an enormous effort and she was in the thick of it!

“I’m now looking forward to working with Rachael on all aspects of our marketing effort, including the other shows, technical events and open days that we’ll be participating in to promote the McCormick products in support our network of sales, service and parts dealers in the UK and Ireland.”