When we booked it we had no clue that the lodge where we would stay tonight was a rather special place nestled at the foot of a ridge. The dirt track leading there was lit up by the most beautiful sunset when arrived. The golden light blazed shortly, then dimmed and was gone, leaving behind a star-lit sky. You could not miss the peculiarity of the place: where else in the world would you be lulled to sleep by the roaring of lions? At Lionsrock you can, as we found out during the night.  In the morning, we decided to go and investigate. It turned out this is sanctuary where Austria animal charity Four Paws relocates big cats rescued from all over Europe and the world at large,  mistreated animals raised in captivity that would not be able to survive in the wild. At Lionsrock they live in large, though inevitably fenced-off, tracts of savanna where they can roam free – quite a different set up than the narrow cages they were freed from. Those lions and lionesses are rather more fortunate than their peers who are bred on the host of lion farms scattered all over South Africa and fed to the canned hunt market that here is legal and quite popular. 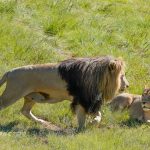 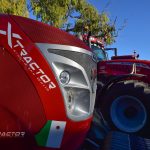