Cereals rank among the most widespread crops worldwide: their ability to adapt to environmental conditions, ease of storage and versatility in cooking make them greatly popular with consumers and farmers at all latitudes.

Despite some uncertainties in connection with the global pandemic, the FAO forecasts for cereal production hint at a substantially positive situation for 2020/2021. The initial data available are encouraging: projections place production at the record figure of 2,780 million tonnes, surpassing that of last year by 2.6%.

What are the most widely grown cereals in the world?

The most widely grown cereals in the world are, in the order:

Corn is by far the most widely grown cereal, with almost 1,100 million tonnes harvested in 2018/2019, followed by wheat (734 million tonnes) and rice (495 million tonnes). Together, these 3 cereals account for nearly 90% of world cereal production.

Cereal harvest in 2018/2019 (in millions of metric tonnes). Source Statista

Which countries produce the most cereals?

The largest cereal producing countries are:

China remains in first place among rice and wheat producers, and ranks second for corn production, overtaken by the United States that remain the world’s leading producer (this article discussed the world production of corn).

Which countries consume the most cereals?

The countries that consume the most corn are also the main producers, namely the United States and China, followed by the European Union. 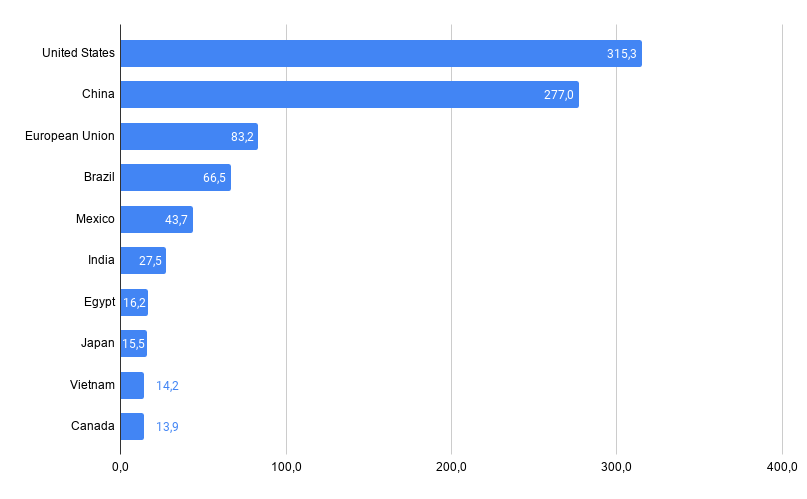 As far as wheat consumption is concerned, the country that uses the most wheat is China, followed by the European Union and India. 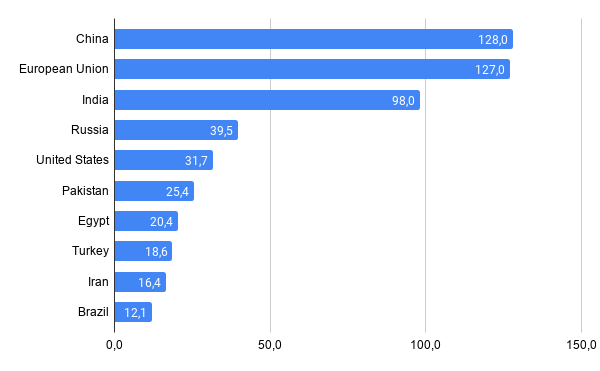 The top places of the rankings of countries that consume the most rice are dominated by Asian countries, with China in first place, followed by India and Indonesia. The highest ranking non-Asian country – Brazil – is found in 10th place. 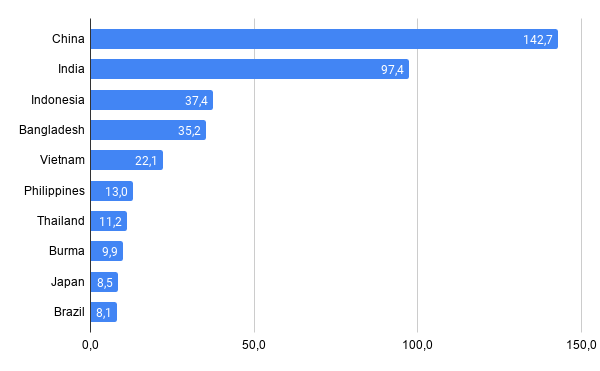 The production and harvesting of cereals require tractors capable of guaranteeing the power and performance necessary for your crop’s cultivation.