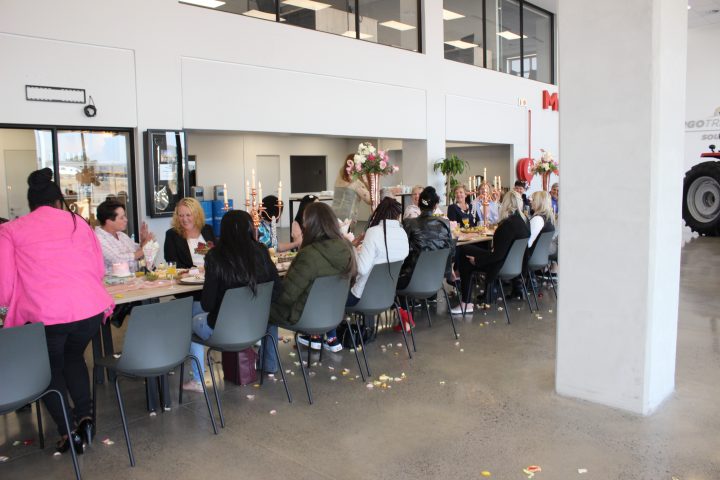 Agriculture touches the lives of people every day and women are increasingly adding value in the agricultural mechanisation field.

During Argo Tractors South Africa’s Woman in Agriculture celebrations recently, Managing Director Godfried Heydenrych recognised the role and contribution of women in the Argo business and distribution network and in the agricultural sector as a whole. Argo Tractors celebrated Women’s Day with a High Tea held for Argo personnel and dealers with Susan Coetzer (Moolman) as guest speaker.

“We are not only celebrating Women’s Day in the country, but specifically the role women fulfil in the agricultural sector and especially within the mechanisation sector and the ARGO business. I feel strongly about celebrating and appreciating the role women play, not only in business, but in general within society. We are often guilty of unfortunately taking the important role women play in our families, our children, our workplace and greater community for granted,” Heydenrych said.

He urged everyone, colleagues and dealer friends, to give more thought to the role women play and to also show and verbalise appreciation for the significant and irreplaceable roles they play and the positive impact they have on society daily.

“Take time to acknowledge, celebrate and commend diversity and the skills women bring to the work place, in agriculture and the broader community,” he added.

He concluded the day’s celebrations by encouraging women to also recognise and appreciate each other’s contribution and achievements. “It is important that women support each other and continue to excel under the support and encouragement of their peers.”