Established as early as 1898, the Kruger holds several records – it was South Africa’s first national park, and it’s the country’s biggest (as well as one of the continent’s largest). At 350 km long and 67 km wide, it really is vast. Its surface encompasses six different ecosystems spanning from the acacia and sycamore woods to the South-East, to the central region’s savannah, more or less, where our tractors are now. Autumn may not be the best of seasons for game viewing compared to winter and spring, as the vegetation is at its lushest after the summer rains, providing too ample cover. To be quite honest, though, that is not much of a problem considering that the park harbors something like 2,500 buffaloes, 1,000 leopards, 1,500 lions, 5,000 rhinos and 12,000 elephants, not to mention countless kinds of gazelles, large numbers of zebras, hippos, warthogs, many species of birds. 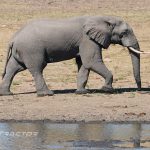 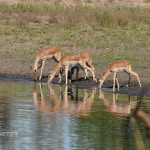 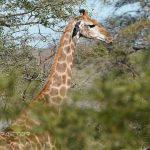 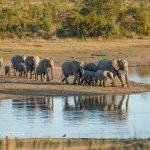 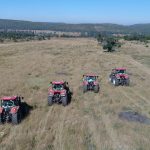