Today it is back to the gravel, for our tractors. The dirt road winds its way through rounded hills and green pastures where cowherds graze peacefully. It feels almost like being back in Europe, and maybe that’s why a small German community sprung up around a Protestant mission settled down here, in the mid-19th century, and never went back. Originally dairy farmers, many have since turned to forestry, which is quite widespread in South Africa despite being strictly regulated because of water management concerns. Their cooperative is absolutely cost-effective – it markets their timber, cellulose and bark worldwide, and makes coal out of the scraps. Nothing is wasted, and thanks to low-cost labor they get to be competitive abroad. At day’s end, the team gets to Piet Retif, a small town founded in 1883. 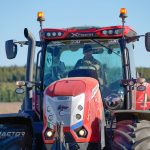 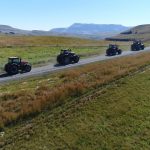 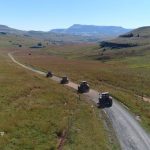 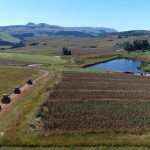 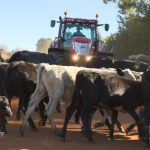 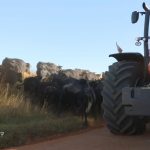 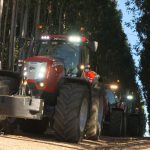