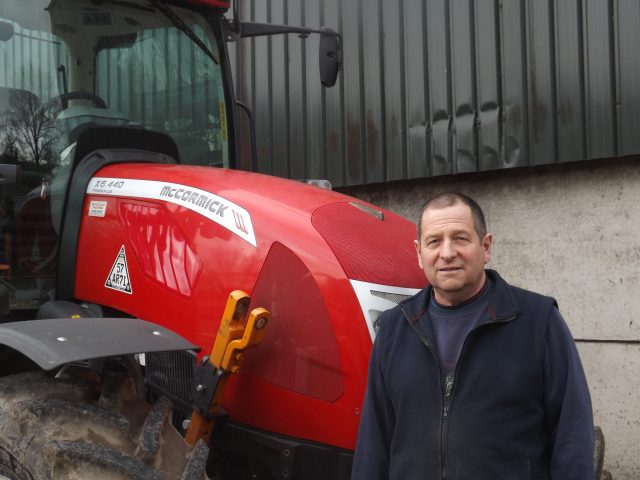 Mark Easom has been impressed with the McCormick brand, having seen it develop over twenty years

Easom & Sons is a significant farming business based in Derbyshire, initially established in 1946 by David Easom when he was just 16. Now in it’s third generation, with David’s sons John, Mark, Eric and David joined by their sons, the farm cares for over 1,000 animals, with 350 in milk and the rest comprising youngstock, dry cows and beef.

The farm also operates a slurry-fed AD plant, with power fed back into the grid, heat from the engines used to warm through the cattle’s drinking water (leading to an increase of 1.5-2 litres in milk yield per day, according to Mark Easom) and digestate spread across the fields. 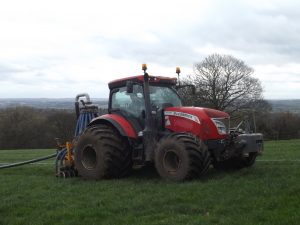 The X7.440 with a Veenhuis injector on the back and massive, low ground pressure tyres equipped.

All operations apart from spraying are handled in-house, meaning that the farm needs a varied fleet of tractors. They have used McCormick machines since 2000, with the purchase of an MC100. Now the company runs six McCormick tractors, the majority fitted with the VT continuously variable transmission. These include two X6.440s, with one running the Keenan feeder.

“The feeding is the most intensive work on the farm,” explained Mark Easom. “The feeder tractor will rack up around 1,300 hours each year so we tend to move it over to other yard work after 5,000 hours to limit the depreciation.”

He added that the VT-Drive is ideal for feeder work, which would normally involve riding the clutch. “Having said that, we had an MC130 which was on the feeder for 10,000 hours and we never had any issues with the clutch. In fact the only work we had done on that machine was a PTO clutch. I believe that we’ve spent less on maintenance and repairs of all our McCormick machines over the last twenty years, than we have on certain tractors in the yard.” 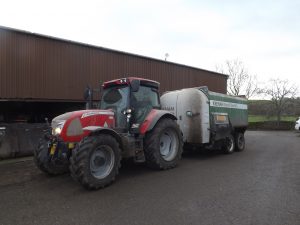 With a Keenan feeder on the back, the X6 machines can work up to 1,300 hours a year, meaning that reliability and low depreciation are key considerations.

Elsewhere, there is a powershift X6.440 machine, as well as an X7.450 short wheelbase, an X7.670 VT with an X7.624 VT-Drive set to arrive on-farm shortly. “We had moved to another brand for the larger machines,” said Mark. “Only because at the time, McCormick didn’t offer a continuously variable transmission in the horsepower that we needed.

“Now, McCormick can easily match anything else on the market and the backup is excellent from David Eaton Tractors. In fact, the dealer response is equal in my estimations to the brand of tractor. We can’t afford downtime and David Eaton has never let us down.”

A replacement policy on the farm sees a machine changed over each year. With six mainline tractors and three telehandlers on site, it means that each McCormick will spend the best part of a decade with the Easoms, with extended warranties and a well-stocked workshop to keep them running. 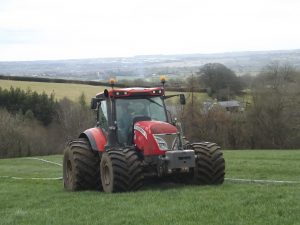 The Easom family equip all their tractors with front linkages, and order similar specifications so that the McCormicks can be used across the farm.

“For the future, we’re looking at extending the use of GPS systems throughout our operations,” concluded Mark. “We really like that we’re not tied to any particular system with the McCormick brand which means we can invest in the technology that suits our business and our needs.”