A well-known figure in south Wales agriculture has been tempted out of retirement to help create a new business selling farm machinery – and has already attracted a high-profile franchise for McCormick tractors.

Terry Coles supplied many hundreds of tractors and implements to farmers and contractors through his dealership JG Plant, which he sold in 2014 to enjoy a well-earned retirement.

“Devastatingly for all concerned, the business was placed in administration at the end of last year and overnight my loyal and friendly customers in the Bridgend area and beyond found themselves with no local source of parts and service for their machines,” he explains.

“It was partly in response to that situation, but also to realise an opportunity for some younger friends in the trade, that I agreed to help set up our new dealership.” 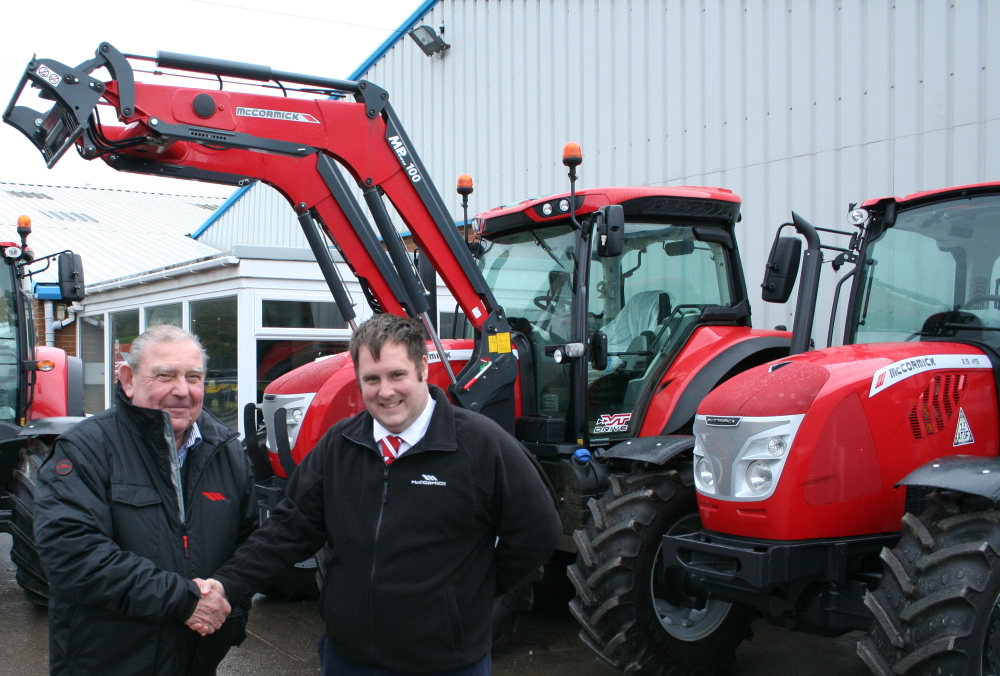 T C Agriculture, operating from premises on the Brackla Trading Estate in Coity near Bridgend, has been formed by Mr Coles, workshop technicians Will Lean and David Howells (who is also involved in sales), and parts/stores manager Steve Evans.

Collectively, they have many years’ experience with agricultural machinery and are pooling their expertise to create a business supporting farming and other rural enterprises across south Wales.

“Having bought the parts stock at the Bridgend depot, we were immediately able to supply service consumables, replacement parts and all the other small but essential items that farmers need day-to-day,” says Mr Coles.

“We’re also providing workshop services such as repairs and routine servicing, and we planned to only trade in used tractors and machinery – but then we had the opportunity to take on McCormick, and having studied the products, it was irresistable; I think they have great potential in our area.” 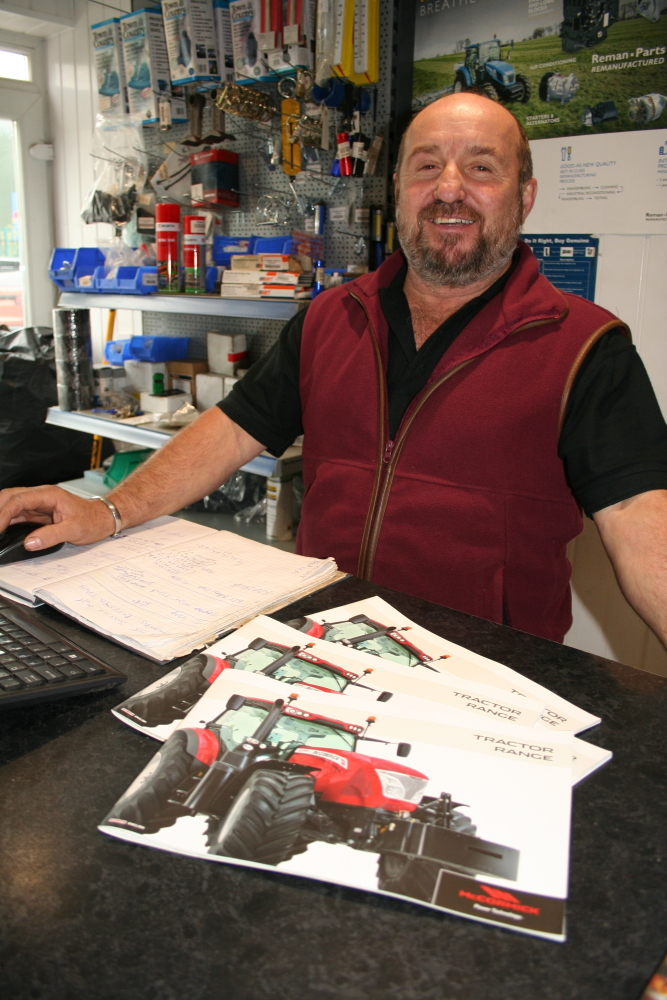 Steve Evans, who looks after the parts and stores operation, points out that through the new franchise, T C Agriculture now has access to a full range of parts for past and current McCormick and legacy Case IH tractors working across south Wales.

McCormick is a long-established brand originating in North America that for the past 19 years has been owned by Argo Tractors, the Italian agricultural engineering group that in recent years has invested millions of euros in product development to produce a thoroughly modern range of tractors.

The group has its own distribution company based in Yorkshire, which holds a large stock of parts in support of dealers’ own stocks, and with rapid delivery available from the international parts centre in Italy.

Having access to genuine parts for past McCormick and legacy Case IH tractors operating in the area was another attraction for Terry Cole and his colleagues.

“In this area, our best-selling tractors were always relatively simple, straight-forward machines of 90-130hp, and while some manufacturers have moved away from those or only offer ‘cheap and cheerful’ machines, the McCormick range still includes quality, well-built tractors of this type,” says Terry Coles.

“It’s one of the things that attracted us to the franchise – many of my customers want a tractor without too many electronics, including a manual gear shift and hydraulics – and that’s just what they can have with models like the new McCormick X5 and X6 series, which are ideal for a mixed workload of field and loader work.”

At the same time, he points out, operators wanting more sophistication can have multi-speed push-button powershift, CVT transmissions and electrically-operated spool valves, as well as technologies such as satellite guidance, precision farming applications and ISOBUS implement control.

Chris Hughes, Argo Tractors area sales manager for Wales, is pleased that there are now demonstrator McCormick tractors at the Bridgend depot for potential customers to try out for themselves on their own farms.

“It really is the best way to appreciate the features and qualities of the tractors,” he says. “It’s easy to become hung up on a particular brand; what’s really important is whether the tractor does the job, is easy and comfortable to use, and is suported by an enthusiatic dealership team dedicated to looking after their customers.

“With McCormick and the team at T C Agriculture, that’s what you get.”