Stuart Watson has been appointed parts sales manager for Ireland, Scotland and the north of England in support of McCormick franchised dealers.

A new recruit to the Argo Tractors team handling sales and distribution of McCormick products in the UK and Ireland has been appointed to focus on parts supply to agricultural machinery dealers.

Stuart Watson’s territory takes in Ireland, Scotland and the north of England, enabling national parts sales manager Tony Burgess to focus on Wales and the rest of England.

Adrian Winnett, UK and Ireland managing director for Argo Tractors, welcomed Stuart’s appointment: “His career specialising in the parts side of the agricultural machinery business gives us a very experienced manager for this territory.

“Having taken on the distribution of McCormick tractors in Ireland, we wanted to increase our ability to support our franchised dealers regarding service parts, accessories, lubricants and the other items they sell. With Stuart’s appointment we can now do that while also increasing the attention we can give our dealer parts departments throughout the UK.” 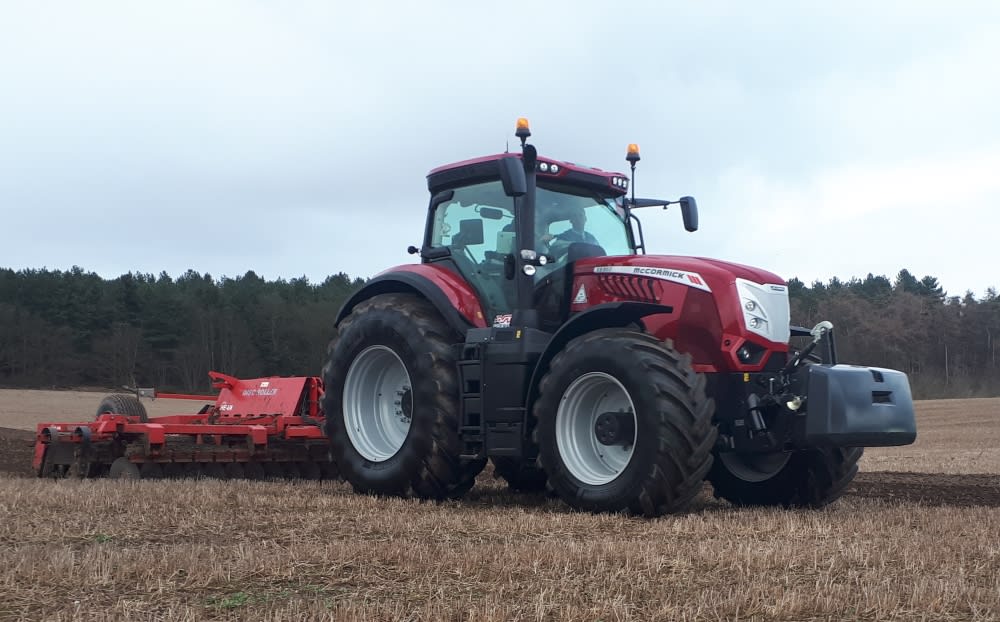 The 264hp McCormick X8.660 VT-Drive is one of three models in the X8 Series, which tops out at 310hp; all three have a ZF stepless CVT transmission.

As one of Europe’s largest agricultural tractor manufacturers, Argo Tractors maintains a substantial stock at its international parts distribution warehouse in Italy, which is backed-up by a near £3 million parts supply held locally at UK and Ireland headquarters in Harworth near Doncaster, South Yorkshire in England.

McCormick dealers also hold stock of the service and other parts most frequently needed by customers, with next-day delivery available to dealer premises when parts are needed urgently.

Stuart Watson said: “Argo Tractors has an excellent online parts finding system that our dealers use to quickly locate the correct items for particular tractor models, and we back that up with our parts technical support staff at Harworth.

“In addition to genuine Argo Parts products and the Argo lubricants formulated for the company’s tractors, many of our dealers also stock a range of parts and accessories for other tractor makes from our partner Granit, as well as merchandise such as work and leisure clothing.”

Having worked for specialist parts businesses – including Granit – for much of his career, Stuart liked the idea of working for a tractor manufacturer when the new post became available and was impressed with the scale of the Argo operation during an introductory visit to the group factories in northern Italy.

“The research and development that goes into everything, the scale of the highly integrated production facilities and the formidable parts operation made me appreciate the scale of the business,” he says. “I’m very pleased to be part of the growing team helping to put McCormick more firmly on the map.”

While farming and agricultural machinery clearly hold a keen interest – he was brought up close to where his Grandfather farmed – Stuart’s passion beyond work is photography and motorcycle road racing, an interest that led to his accreditation as a press photographer at the famous Isle of Man TT races and closer to home at Olivers Mount near Scarborough.

Stuart is married, has a daughter and lives near Boroughbridge, North Yorkshire.