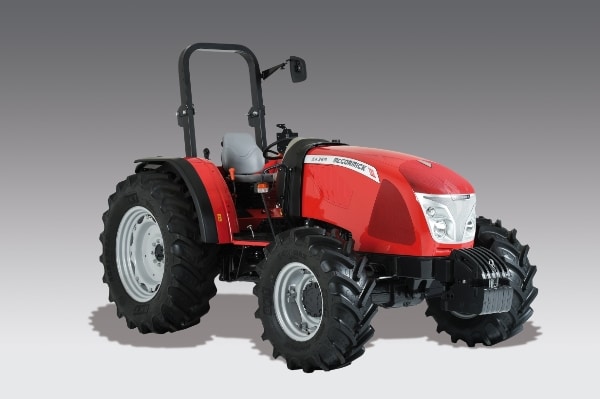 This 74hp X4.35M has been selected from a new simple McCormick series as a great scraper tractor option for dairy farmers.

McCormick tractor distributor AgriArgo has come up with the ideal machine for hard-pressed dairy farmers needing a reliable power unit for the daily cleaning-up routine – the 74hp X4.35M.

Likely to be available for less than £17,950 on-farm in two-wheel drive form and £19,950 with four-wheel drive, the tractor is from the new McCormick X4M Series introduced by Argo Tractors, so it benefits from the manufacturer’s latest transmission, axle and hydraulics.

“Argo developed the new X4M Series for markets where very simply-equipped tractors such as this are commonplace,” explains Ray Spinks, AgriArgo general manager and sales director. “It’s not the sort of tractor we would normally sell here – but we recognised what a great low-cost, mid-size scraper tractor the X4.35M would be.”

As standard, the newcomer has a straight-forward mechanical clutch and 12×12, 40kph shuttle gearbox with 540rpm pto. A 30kph 16×16 creep option is available for operators who want the extra ratios and slower speeds.  Two-speed pto with an economy 540rpm setting in place of single-speed pto can be added if buyers plan to use the tractor for light field work or with bedding or feed dispensers. Radial rear tyres (14.9R28) are included for good grip and long service life, with a 12.4R36 no-cost option on the four-wheel drive version enabling buyers to shave a few centimetres off the overall width.  A dual element hydraulic pump provides 20-litre/min dedicated to steering and 45-litre/min to supply the 2700kg rear hitch and either one or two single/double-acting spool valves.

One of the keys to the tractor’s low on-farm price is the 4.4-litre Perkins 1104D-44 engine, which is built to Stage 3 / Tier 3 emissions rules. It therefore lacks the expensive exhaust gas treatment equipment that adds significant cost to other tractors.

“It has mechanical rather than electronic fuel injection and doesn’t even have a turbocharger, so it’s about as simple an engine as you can get,” notes Ray Spinks. “Turbo charging and electronic fuelling have their place, of course; they’re essential for more powerful tractors that must meet tighter emissions rules and the electronics bring speed control features and other advantages.
“But for a scraper tractor, you want something as simple as possible for low purchase and running costs; you get that with the X4.35M plus the reliability and low maintenance demands of a modern, new tractor.”

Things are also kept as simple as possible on the operator platform, where rubber matting covers the footplates either side of the shallow plastic-covered transmission tunnel.
Together with a plastic covered seat, lack of cladding and minimum electrics, this means operators can hose down the tractor to keep it presentable and in good condition for a long service life.

This 74hp X4.35M has been selected from a new simple McCormick series as a great scraper tractor option for dairy farmers. 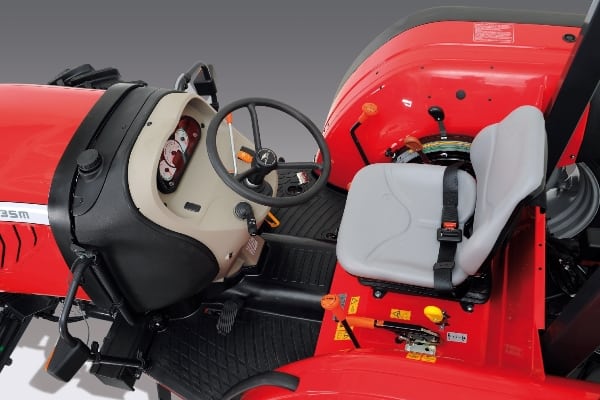 The 74hp X4.35M’s specification is kept as simple as possible – so the 12×12 (or 16×16 creep) transmission is operated by right- and left-hand levers on a largely bare hose-down platform. 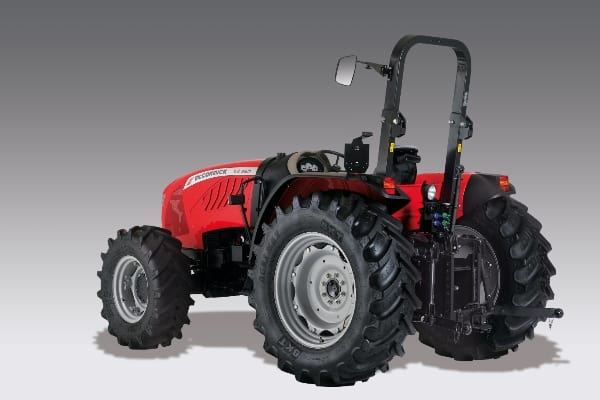