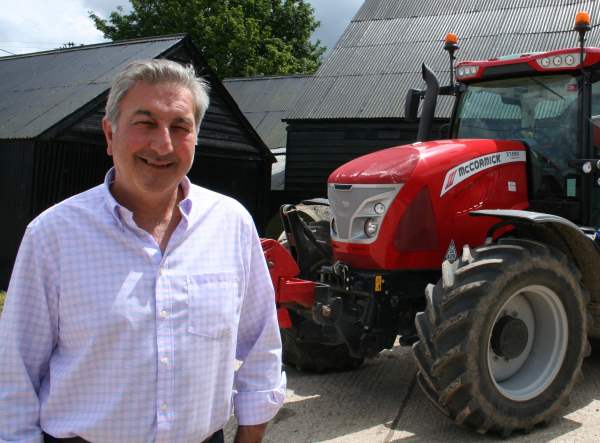 David King combines the production of 400 acres of combinable crops with pasture maintenance for racehorse studs using a fleet of current and previous generation McCormick tractors.

A contracting workload that neatly dovetails with work on the home farm is the ideal scenario for a contractor.

And in David King’s case, it also ties in with his love of horses and racing.

From his home at Warbraham Mains Farm, Burwell in Cambridgeshire, David handles the well-being and rejuvenation of grazing pastures on a number of racing studs in the area.

The work involves general maintenance such as topping to encourage fresh growth; harrowing and over-seeding when pastures need improving; and also complete re-seeding when they are past their productive best and need to be replaced.

“As stud managers and owners have become more knowledgeable about racehorse nutrition, they have come to recognise the value of active sward management,” says David.

“Effective use of the correct fertilisers, weed control, managing grass growth and recognising when swards need improving all help provide for the nutrition needs of these equine athletes. And that’s where my farming background, knowledge and experience come in.”

His father started contracting for the stud farms around Newmarket back in the mid-1970s. Today, David works on approaching two dozen studs, as well as the race course itself, either carrying out individual operations as required or providing a full-package of management service.

As a third generation tenant on the Cambridgeshire County Council farm, he also grows 400 acres of combinable crops, resulting in a diverse workload requiring a number tractors and implements.

“We always had McCormick International and IH tractors in the past, including a Farmall H, several B Series and then Case tractors,” he recalls. “But we’re now fully McCormick, a Case MX135 having been replaced last year by one of the new McCormick X7 models.”

With approaching 7000 hours on the clock, the 16-year old MX135 was replaced by a 165hp McCormick X7.660 Pro Drive from Cambridgeshire dealer Andrew Downing.

David is fulsome in his praise for Andrew and his son Charles at A Downing Agricultural Engineers, a McCormick dealer for three years now, operating out of premises at Gorefield near Wisbech.

“They deliver brilliant, very responsive service,” he says. “It’s a small, family business and they are genuinely concerned about resolving any issues we have as quickly and as effectively as possible.

“On one occasion, Charles turned up after 7pm and didn’t leave until gone midnight,” adds David. “Talk about ‘above and beyond’, you really can’t ask for more than that.”

The new McCormick, which boosts to 175hp for road travel and when operating mobile pto-driven equipment, was bought to provide more power for subsoiling, cultivations and seeding to get through the work more easily.

“But it’s on good tyres so we also use it on some of the stud work as long as ground conditions are OK,” says David.

A McCormick MTX135 is retained as the hedge cutting tractor, and gets a lot of work because his clients generally like to see their properties being kept neat and tidy, while another two previous-generation McCormick tractors handle other duties.

An MC115 is allocated general trailer work and spraying, while an MC110 has been ‘demoted’ from topping to the less demanding tasks of fertiliser spreading, rolling and similar work, having been replaced by a new McCormick X6.420 LS.

This tractor operates an Einbock harrow and air seeder for grooming and renewing pastures, and it also powers an 18ft Spearhead mounted rotary topper.

The turf tyres fitted to both axles and which remain in place year round ensure the outfit has minimal impact on the sward. The combined weight of the tractor and implement is spread over plenty of rubber, with 550/60×22.5 tyres fitted up front size-matched to 650/65×30.5 rears.

As far as features go, David highlights the good all-round visibility from the spacious cab with its large glass area, which the drivers say they appreciate.

He adds that the tractor handles the sizeable Spearhead cutter easily enough to get large areas of grass topped in timely fashion.

Engine output automatically increases from 111hp to 121hp for pto work, the transmission services up 36 speeds, an adjustable power shuttle and three powershift steps, and the rear linkage is rated at 5 tonnes lift capacity.

This ‘LS’ model comes with the higher output 110-litre/min load-sensing hydraulics in place of the 66-litre/min gear pump system of the base version, and with 88-litre/min flow dedicated to the steering and ancillaries from an additional pump that is standard with either hydraulic system.

Apart from ensuring there is always plenty of control at the helm regardless of any other demands on the tractor’s hydraulic system, the flow available to the manual spool valves makes the X6 ‘LS’ an excellent loader tractor.

Independent front wheel suspension using ‘wishbone’ links on each end of the pivoting beam axle provide a smoother ride for the driver, which is especially welcome when the tractor is operated at speed in paddocks or when heading from job to job on country lanes.

A heavier-duty version of the same Carraro front axle is fitted to the McCormick X7.660 Pro Drive.

This not only gives the operator a more comfortable driving experience but can also improve traction over a rough surface by keeping the tyres firmly in contact with the ground.

“This is a premiership tractor,” declares David King. “I’ve been very impressed with its reliability and also the nicer cab, which is a very user-friendly environment to work in and also very comfortable.

“I also like the way the X7 series has introduced newer technologies into the McCormick range without making them overly complicated,” he adds. “You could put someone on that tractor, a student for example, and wouldn’t have to spend a day showing them how to use it.”

The McCormick’s principal roles include ploughing with a five-furrow mounted implement, subsoiling, and sowing with a 4.8m KRM Sola tine drill.

David King combines the production of 400 acres of combinable crops with pasture maintenance for racehorse studs using a fleet of current and previous generation McCormick tractors. 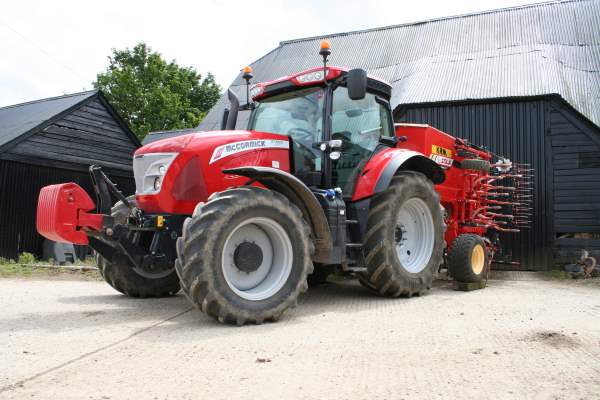 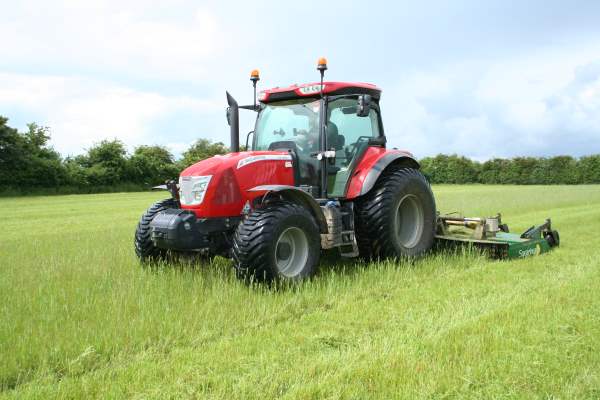 In addition to harrowing and over-seeding, the McCormick X6.420 ‘LS’ powers this 18ft mounted topper.