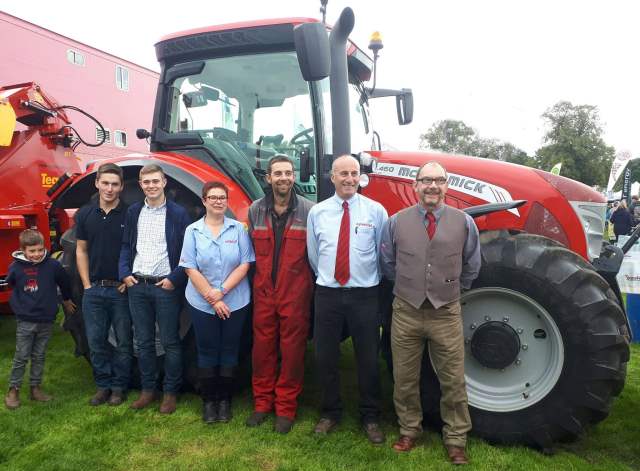 There was a double celebration for Rob Stevenson and his colleagues at Agriplus during the Stokesley Show in North Yorkshire.

First off, McCormick area sales manager Phil Maw made a presentation to Rob and his business partner (and uncle) Richie Winter to mark the company’s tenth year as a McCormick dealership.

They took on the franchise just two years after setting up in 2005 and the business has grown from a small agricultural engineering concern into a major machinery dealership supplying farmers and plant hire operators in the north-east with a wide range of new and used machinery.

One of those customers is  the Chapman family of Easby Grange, who received the keys to the second new McCormick X7 Series tractor they have acquired this year and the fifth McCormick in a row purchased from Agriplus.

They started out buying two MC130 tractors to replace other makes and liked them so much that an MTX150 followed. This six-cylinder tractor was replaced by a 160hp X7.650 Pro Drive Efficient earlier this year to help manage the Easbythan pedigree Holstein Friesian enterprise, and after the show they took delivery of a four-cylinder 166/175hp X7.460 Premium.

Sound back-up service is a key attraction for customers. The fully-equipped Agriplus workshop facilities cater for service and repair to all makes of tractors and machinery and the workshop crew provide a 24-hour service seven days a week with no callout charge! 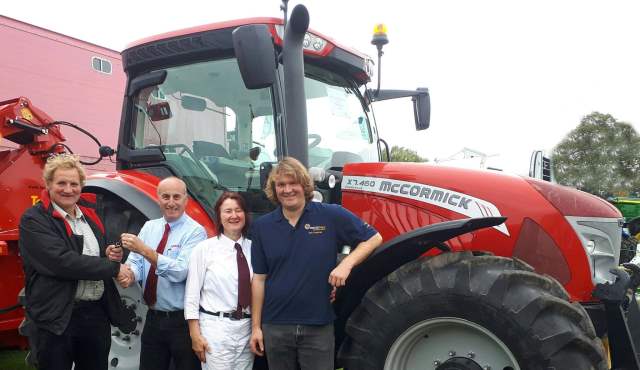 Dave Trewhitt hands over the keys to a new McCormick X7.460 Premium to Rob and Andrea Chapman and their son John.