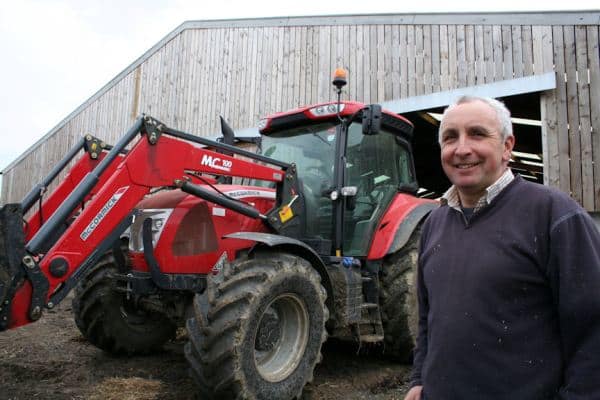 Andy Leadbeater: “The engine’s a real gem; it’s smooth as silk yet has lots of pulling power; and it’s economical, too".

Big on power, easy on fuel – Yorkshire beef producer’s McCormick is a treat to drive.

To say that Yorkshire beef producer Andy Leadbeater is pleased with his new tractor is an understatement: “It’s brilliant!” he declares. “It’s exceeded my expectations in so many ways – power, engine response, the slick gearbox and fuel economy, I’m delighted with it all.”

The McCormick X6.430 tractor is the lynch-pin of his suckler beef operation at Birkenshaw near Bradford, handling routine tasks throughout the year to support management of Mr Leadbeater’s 55-head Swallow herd of pedigree South Devon suckler cows.

He farms around 200 acres in all but scattered grazing and conservation ground up to five miles away means tractors have a lot of road work to handle through the year – but particularly at silage-making time when trailer loads of half-tonne bales have to be brought home.

The new McCormick really proved itself on that task: “With our normal route home blocked off one day, I had to take a back lane with a very steep drag that the MF 5455 we used before could only take in first gear,” Andy Leadbeater recalls. “But the McCormick is a lot livelier and went up the hill no problem pulling the heavier of our two trailers loaded with 16 bales.

“The engine’s a real gem,” he adds. “It’s smooth as silk yet has lots of pulling power; and it’s economical, too. Mowing silage grass, the MF drank 4.5 litres of diesel for every acre but the McCormick managed on 3.8-litres/acre last year.

“Since then, it’s kept getting better, with a running average that’s fallen from 2.78 to 2.56-litres/acre,” he points out.

The McCormick X6.430 tractor is the middle of three models in the new X6 series, all featuring Power Plus to release extra power for pto and trailer work. The range starts with the X6.420, which has 114hp for draft work and 121hp for other operations; the X6.430 has 121hp to begin with before boosting to 133hp; and range tops out with the X6.440, which has 130hp for draft implements and 140hp for everything else.  Andy Leadbeater’s X6.430 is equipped with a McCormick MClassic 100 loader with mechanical self-levelling and is a standard spec tractor with gear pump hydraulics and a 40kph transmission.

Operators wanting a higher performance package can go for the ‘LS’ version with load-sensing, higher flow hydraulics, a choice of Eco 40kph or 50kph gearing, and front axle suspension in addition to the cab suspension option.

“I like the fact that the tractor’s not over-complicated – there are mechanical spool valves and gear levers – yet it’s modern, with a nice cab, electronic draft control, and that lively engine,” says Andy Leadbeater. “Set off in third and shift up to fourth on the road and you’ll leave cars behind; I can’t believe how well it picks up!”

The tractor was sourced from N&S Moorhouse, one of a several that the McCormick dealership, based at Baraugh near Barnsley, has supplied.

“All farms need good back up and the people at Moorhouse will bend over backwards for you,” Andy Leadbeater says. “They’ve been out to things on our previous tractor on Christmas Eve to make sure we could still use it, nothing’s too much trouble – they’re a top-notch firm.”

And the same goes for the McCormick, it seems: “I really do like the tractor; I’ve always wanted one with a nice smooth gearbox and this one has it, whether you’re shifting between gears or using the powershift,” he says. “I like the design and the reliability; I really can’t fault it – it’s a great tractor!”

Andy Leadbeater: “The engine’s a real gem; it’s smooth as silk yet has lots of pulling power; and it’s economical, too”. 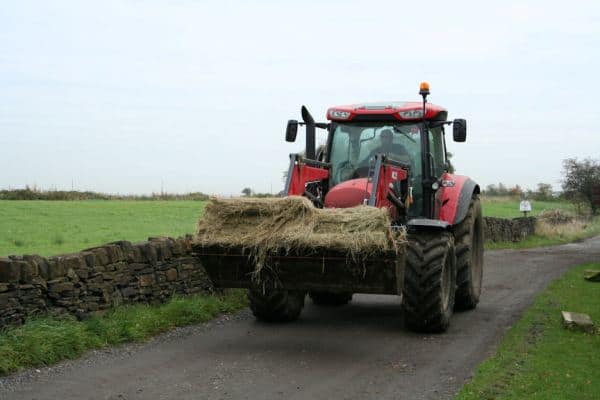 Lively performance and a slick gearshift make the McCormick X6 an easy drive to distant fields. 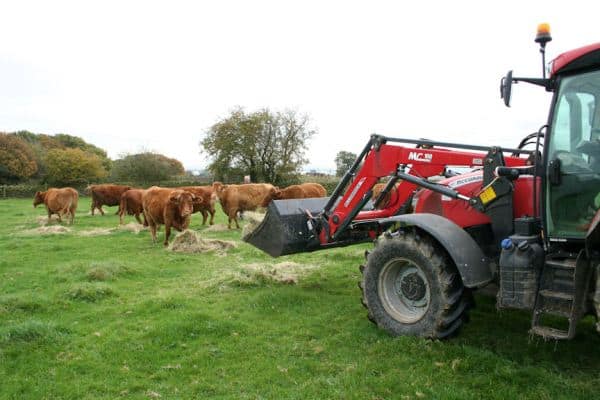 The tractor handles all the routine field and yard tasks involved in managing the farm’s Swallow herd of pedigree South Devon suckler cows. 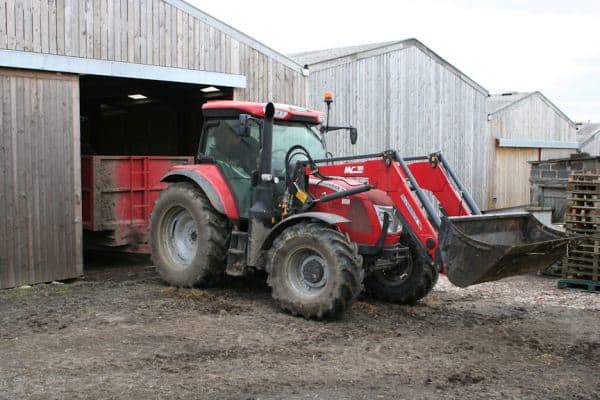 The McCormick X6.430 has 121hp for draft work rising to 133hp for trailers, slurry tankers, spreaders and pto-driven implements.