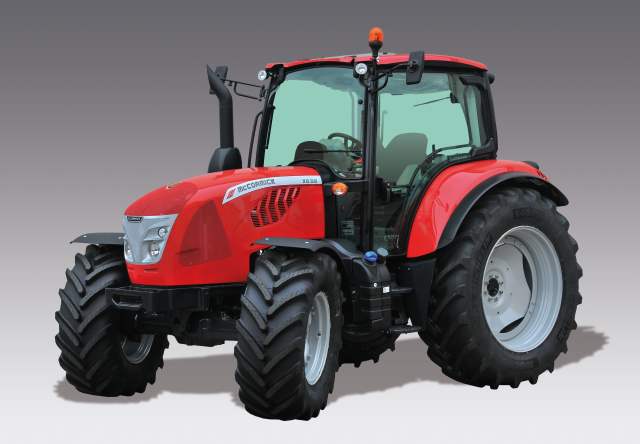 The new McCormick X6.55 with 126hp Deutz engine makes its preview debut at the LAMMA show alongside the slightly larger 130/140hp X6.440 model.

New mid-range additions to the McCormick tractor range have been unveiled at the LAMMA show.

“These new models provide an attractive option for operators wanting extra power and performance over our X5 Series tractors – or similar models from other manufacturers – but who are not ready for the jump to the X6.4 range,” explains Ray Spinks, sales director and general manager at McCormick distributor AgriArgo UK & Ireland.

“With up to 126hp, a choice of transmission and pto packages, and a spacious but relatively low profile cab, the new models make an especially interesting proposition for small to medium size livestock farms.”

All three newcomers are powered by compact Deutz 3.6-litre four-cylinder engines that have proven very attractive in terms of performance and fuel economy in the 90-107hp McCormick X4 Series tractors.

A power shuttle transmission is standard, with simple 12×12 and 16×16 creep manually selected gears, or 36×12 and 48×16 creep with three-speed powershift providing quick speed changes under load.

An Eco option, which delivers 40kph at lower engine revs, and four-speed pto with Economy gearing for both 540 and 1000rpm, help optimise fuel economy on tractors engaged in a lot of road work or powering pto-driven equipment.

A 66-litre/min gear pump for hydraulic services is complemented by a 30-litre/min pump dedicated to steering and control functions such as the hydraulic pto and four-wheel drive clutches. The rear lift is rated at a very generous 6000kg.

Cab suspension is available for the first time on a McCormick of this size, and so too are a touch screen monitor, ISOBUS implement control and GPS steering as manufacturer Argo Tractors rolls out a suite of modern electronic solutions further down the McCormick range.

The new models are expected to be available from late April.

The new McCormick X6.55 with 126hp Deutz engine makes its preview debut at the LAMMA show alongside the slightly larger 130/140hp X6.440 model. 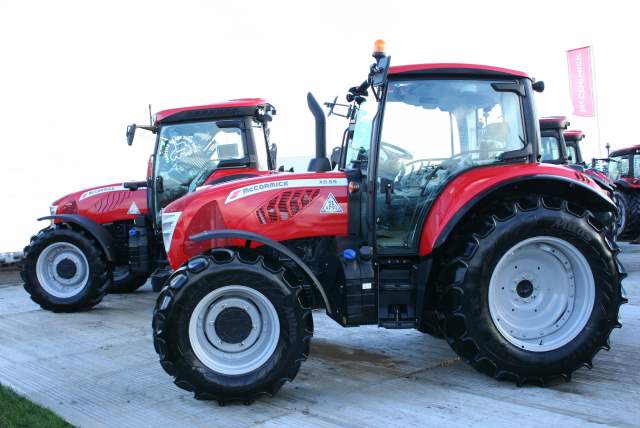 The McCormick X6.55 has a low but roomy cab, a heavy duty transmission and hydraulics, and a new engine.