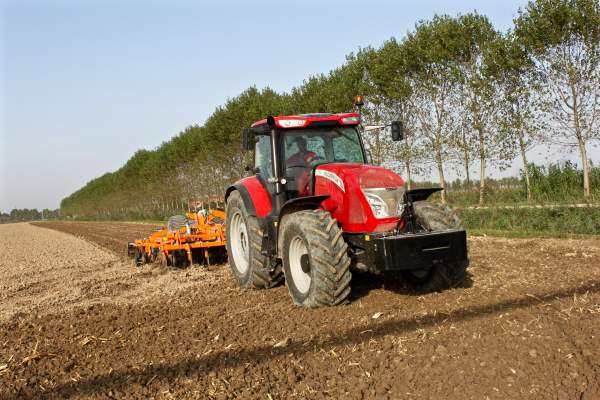 The simpler Efficient specification is now available on the two most powerful models in the McCormick X7 Pro Drive range as well as on the existing 143hp to 165hp tractors.

Simpler-spec versions of the two most powerful models in the McCormick tractors X7 series have been introduced, joining the Efficient versions of other models in the line-up that were added to the range last year.

“These additional Efficient models are being introduced at the request of operators wanting a high-performance, high-power tractor with a reasonable amount of automation but without the ‘bells and whistles’ features of the top-spec Premium models,” says Ray Spinks, sales director and general manager at AgriArgo UK, the McCormick distributor in Great Britain and Ireland.

The Efficient specification was introduced last year on 143-166hp four-cylinder models in the McCormick X7 Series and on a pair of six-cylinder tractors – the 160hp X7.650, which itself was a new addition to the range, and the 165/175hp X7.660.

Inside the spacious Premiere cab, which has manual instead of climate control air conditioning, there is a swivelling air suspension driver’s seat and a ‘hide away’ passenger seat. Outside, 10 work lights illuminate the tractor’s surroundings.

In place of the seat-mounted armrest console found on full-spec Premium versions is a neat layout of main controls to the driver’s right. On either side of the dials used for setting up and adjusting the electronic rear hitch are levers for the mechanical spool valves, pto speed selection and the optional creep gearbox, which takes the total complement of ratios to 40 forward and reverse.

Ahead of them is the comfortable multi-function joystick, which carries a roller switch for easy linkage lift/lower and buttons for the engine speed memory and manual or auto road/field transmission shifting.

Although the X7.670 and X7.680 use the same 6.7-litre BetaPower engine and cast chassis as other six-cylinder models in the range, these are bigger, beefier tractors.

They have a longer wheelbase (2820mm versus 2750mm), more weight (3055kg versus 2920kg before ballast) and the ability to run on taller tyres (42in versus 38in) – all of which helps exploit the greater power and torque available.

They also have the same highly effective semi-powershift transmission as their Premium counterparts, with its smooth, adjustable power shuttle, four-speed powershift and electronic manual or auto range shifting.

“The transmission is constantly highlighted by operators as an attractive feature of the McCormick X7 tractors because of its progressive gearing, silky smooth powershifts and effective road and field auto functions,” says Ray Spinks.

A 50kph option, packaged with hydraulic cab and multi-link front axle suspension can be added to the final specification, together with air trailer braking.

The simpler Efficient specification is now available on the two most powerful models in the McCormick X7 Pro Drive range as well as on the existing 143hp to 165hp tractors. 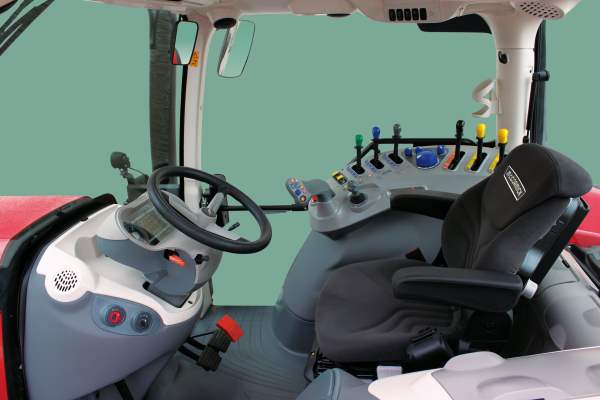 Efficient specification tractors have controls for the transmission, pto and hydraulics located on a side console.