The most powerful and most productive tractor ever to carry the ‘McCormick’ name will feature centre-stage at the AgriScot event on Wednesday, November 21 in the Royal Highland Centre at Ingliston on the outskirts of Edinburgh.

The 264hp version of the all-new McCormick X8 VT-Drive will be displayed at AgriScot by Argo Tractors, representing a three-model range that also encompasses 286hp and 310hp versions.

“The McCormick X8 VT-Drive has taken the McCormick range into a new performance class and is the culmination of a big investment in new product development by Argo Tractors,” says Adrian Winnett, general manager for the UK and Ireland. “It’s the ultimate expression of the efficient power and performance that the ‘McCormick’ name represents.”

Apart from the performance delivered by a unique combination of ZF heavy-duty stepless transmission and BetaPower by FPT engine, the tractor has great driver appeal from the commanding position of the Premiere cab, which provides all the modern control technology expected of a tractor like this but in an easily accessible form. 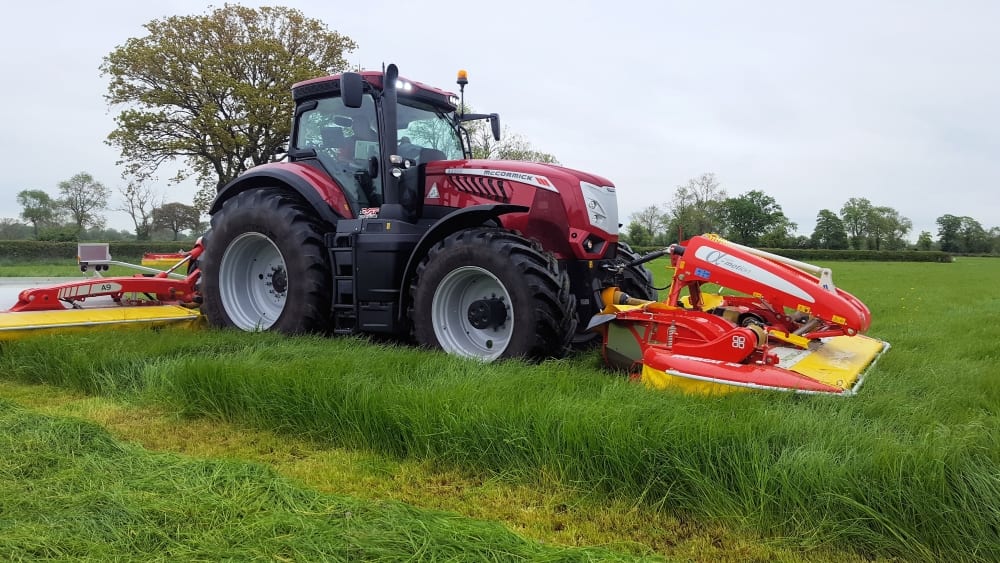 A touch screen terminal on the seat-mounted control console gives access to powertrain, hydraulics, pto and other settings to optimise the tractor’s performance for different applications, and ISOBUS capability is available to control compliant implements.

Fingertip switches provide proportional response from the flow and timer programmable electric spool valves and Topcon guidance up to RTK level, as well as functions such as section control and variable rate application, is also available.

A choice of displays provides hands-free auto steering to ease the driver’s workload and provide the ultimate in precision and productivity.

“Quite apart from its technical features, the styling and size of the X8 VT-Drive gives the tractor great presence,” adds Adrian Winnett. “Enthusiastic tractor drivers will enjoy that – and we’ve added the bonus of including the eye-catching McCormick metallic ‘ruby red’ paintwork as standard to give it stand-out visual appeal within the McCormick range.”

While the big tractor will take centre stage on the McCormick stand at AgriScot, other models will emphasise the broad spread of power and performance that the range provides.