High performance McCormick tractors for ploughing, cultivations, drilling and other arable farming operations return to the Cereals event on 12/13 June 2019 at Boothby Graffoe, Lincoln as manufacturer Argo Tractors continues to raise the profile of the range throughout the UK and Ireland.

“With its rejuvenated format and even greater emphasis on information to help arable farms perform profitably, we consider the Cereals event to be an ideal shop window for the 140-310hp tractors in the McCormick range,” says Adrian Winnett, managing director of Argo Tractors operations in the UK and Ireland.

“The new-generation X7 Series and the X8 Series cater for a broad range of arable farming applications and implements with a choice of powershift and stepless transmissions, different levels of equipment, and precision farming options that include factory-installed ISOBUS implement control and Topcon guidance, section control, variable rate applications and so on.

“So we’re pleased to be making a return to the UK’s leading arable farming event to showcase these features and encourage farmers and contractors to get behind the wheel to discover for themselves what the modern McCormick range has to offer.”

The top model in the McCormick range will take centre stage on Stand 842 at the Cereals event to highlight a three-model line-up of 264-310hp tractors that deliver a great deal of performance while being sufficiently versatile to handle operations such as manure and digestate spreading in addition to all tillage operations. 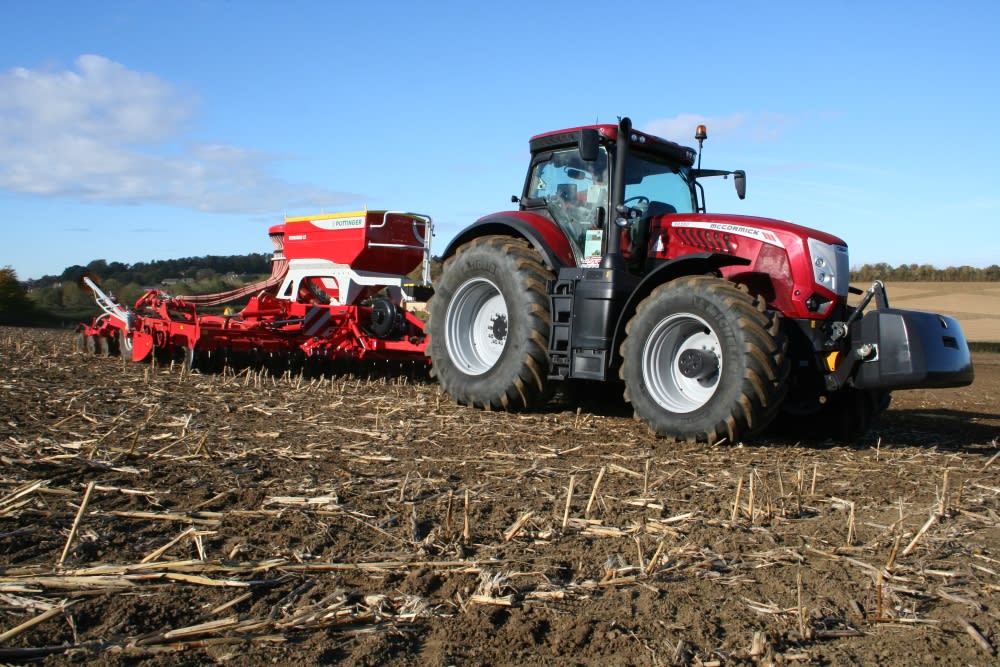 The McCormick X8 VT-Drive can be equipped with ISOBUS implement control for the Data Screen Monitor touch-screen display and Topcon precision farming technologies.

The tractors come to McCormick Premium specification, which means they have front axle and cab suspension, a top-spec driver’s seat, and the convenience of all-electric spool valves for the hydraulics system.

This is based on a 157-litre or 212-litre/min variable output piston pump, supported by a 115-litre/min piston pump dedicated to the steering and ancillary systems to ensure the main system never runs short of flow.

These systems are configured to the optimum settings for different applications through the McCormick Data Screen Manager, a 12in colour touch screen terminal with ISOBUS implement control capability that is also used to set-up the VT-Drive stepless transmission.

This delivers seamless acceleration and ground speed control for optimum outputs and work quality with any implement, together with automatic adjustment of engine revs and transmission ratio in line with the parameters set by the operator.

Different modes that can be fine-tuned by the operator help extract the most cost-efficient performance from the powertrain while making the driver’s task easier and less tiring over a long working day – all the more so when Topcon guidance and other precision farming functions are added to Premier cab’s control features.

The latest McCormick X7 Series tractors from 140-225hp will also feature at the Cereals event.

These latest-generation machines are available with the new P6-Drive semi-powershift transmission in addition to the stepless VT-Drive alternative, exhaust compression braking on all six-cylinder variants that relieves wear and tear on the friction brakes during road travel, and a new semi-active hydraulic cab suspension option. 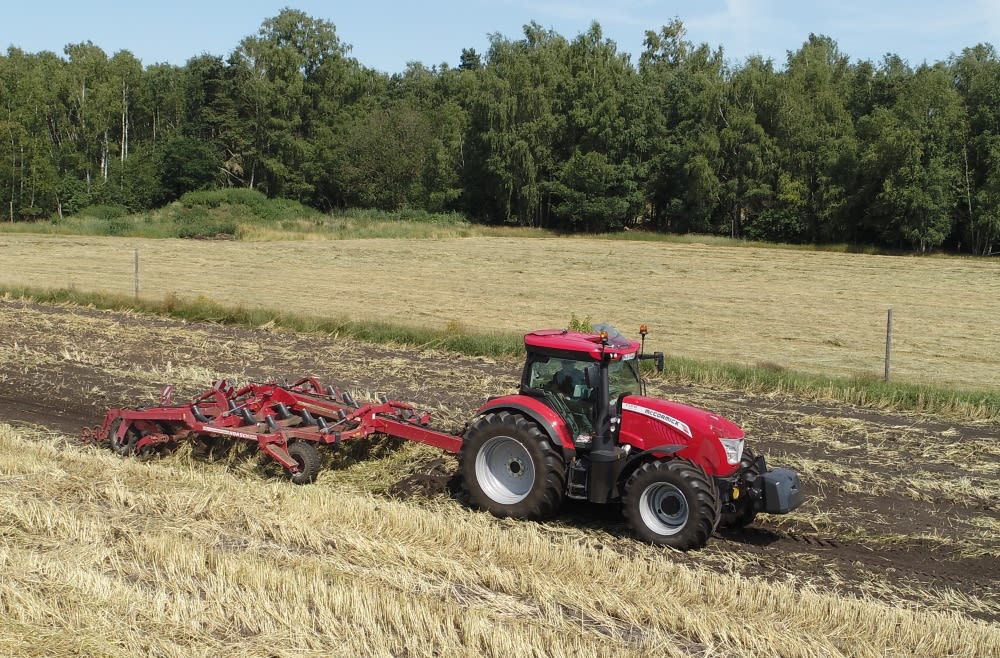 With a choice of P6-Drive powershift and VT-Drive stepless transmissions, the 141-225hp McCormick X7 Series covers a range of arable farm requirements.

Revised power outputs from the Euro Stage IV / US Tier 4 Final four- and six-cylinder engines include an automatic ‘boost’ when operating pto-driven implements such as power harrows and air drills, and when hauling trailers, tankers and spreaders on the road.

The P6-Drive transmission is an advance on the previous design in serving up more speeds in total and more powershift steps for a further improvement in speed control versatility.

Within each of the five ranges, the operator can shift manually or automatically among six powershift ratios to find the best ground speed for the prevailing conditions and the work being done.

While VT-Drive versions are available to Premium specification only, McCormick X7 Series tractors equipped with P6-Drive can be had to Premium and simpler Efficient spec. The latter will suit operators who want the same powertrain performance but are happy with manual spool valves and fewer electronic features.