Great choice of McCormick tractors at the AgriScot show

The McCormick tractor range offers a good mix of sizes, power outputs and features – this is the 107hp X4.70 from a line-up starting at 70hp.

Dealers supplying and supporting McCormick tractors in Scotland will be on hand to explain the latest models, specifications and features to AgriScot show visitors at Ingliston near Edinburgh on Wednesday, November 20.

“It’s at a good time of year and the audience is focused on resources to run their businesses successfully – whether it’s the pedigree livestock, management systems, stock handling equipment, field machinery or tractors,” he says.

“The McCormick range offers a very rounded line-up of tractors, covering engine power from 43hp with the X2 compacts to 310hp with the X8 VT-Drive.”

For them, a good mix of McCormick tractor sizes and spec levels suits the dairying, beef/sheep and mixed farming enterprises of south-west and west Scotland – whether farmers are looking for a loader tractor from the 70-126hp X4, X5 and X6 ranges, or something more powerful for field work such as the four- and six-cylinder X7 Series. 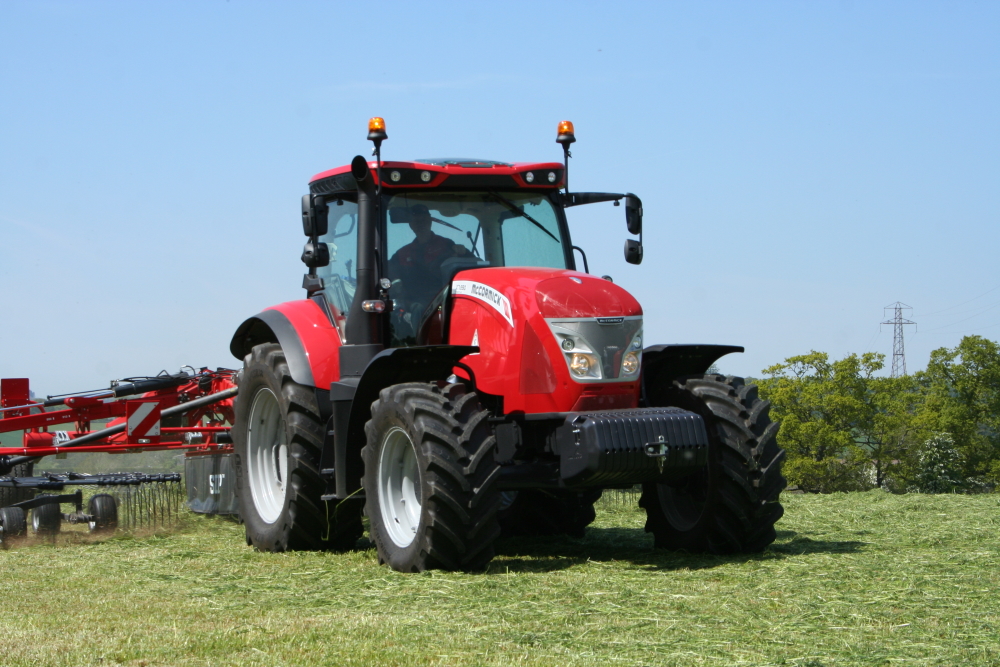 The X7 Series tractors make a very attractive power unit for all sorts of applications and there’s plenty of choice to suit different requirements and preferences.

“The X7 Series tractors being shown at the AgriScot show make a very attractive power unit for all sorts of applications and there’s plenty of choice to suit different requirements and preferences,” says Bob Bain.

“With the Efficient models, you have a simpler specification with things like mechanical spool valves on a right-hand control panel, whereas Premium spec brings a seat-mounted control console with electric spool valves, a 12in touch screen for settings adjustments and optional ISOBUS implement control, and the chance to fit integrated guidance and other precision farming applications.”

P6-Drive powershift with six manual or auto-shift steps and VT-Drive stepless transmissions are also in the mix, with six-cylinder models having the engine supported in a cast chassis that gives the tractors a strong backbone for operating equipment front and rear.

A 5 tonne capacity front linkage assembly is a standard feature of the range-topping X8 VT-Drive series, comprising three models of 264hp, 286hp and 310hp, all equipped with a heavy-duty stepless transmission for driving ease and power efficiency.

This flagship model of the McCormick range amply demonstrates the engineering prowess of McCormick manufacturer Argo Tractors at its manufacturing and assembly complex in northern Italy.