Climate change and agriculture: what will change in the future of farmers

Climate change has dramatic influence on farmers’ lives for a simple reason: climate has a decisive impact on crops. That weather conditions have always affected harvests, determining whether each vintage was good or bad, is nothing new.

However, there are some important variations that affect key factors in crop development, such as rainfall, heat and soil quality.

The map of production will change dramatically and it is even possible that some staple crops in certain areas will be abandoned. Production costs and product quality will also change and anyone working in this field will have to take this into account.

An increasingly unpredictable climate creates uncertainty for farmers. It becomes difficult to make very important decisions, such as choosing the type of seed, deciding whether to opt for more or less resistant, early or late varietals, and planning the application of fertilisers and many other elements will become increasingly complex. Although weather forecasts can provide fairly accurate information in the short term, they offer only approximate statistical projections for a season as a whole. In short, it is becoming increasingly difficult to predict what measures should be taken to ensure a good harvest in advance.

A new map for world agriculture

The consequences of global warming are becoming apparent in many areas of the world, albeit with some differences. While tropical areas are not particularly affected, other areas are strongly affected by the ongoing change. This is the case with the Mediterranean belt, where the rise in temperature has seen mild winters followed by the occasional summer drought, with heat waves and sudden weather events, such as strong winds and hailstorms.

In addition, some crops, such as cereal crops, ripen earlier than in the past, requiring early harvesting. According to some forecasts, around 2050 crops such as wheat and corn in southern Europe could experience a 50% decline.

However, while the Mediterranean basin must suffer the summer heat and water scarcity, the northern part of the European continent could instead witness a sudden flourishing of agriculture, as more land becomes available due to melting ice and the plant growth season becomes longer and milder.

Things are no different in the rest of the world. Studies found that the famous Corn Belt of the United States, a large macro-region historically dedicated to corn crops, will keep moving further north, until reaching Canada. Other crops traditionally grown in the south of the country, such as soy and cotton, will move to the northern regions, while California, by far the largest producer of almonds in the world, is at risk of losing its orchards in the coming decades.

On the other hand, Russia could experience an explosion in agriculture, as global warming could open up new arable land in the cold northern steppes. 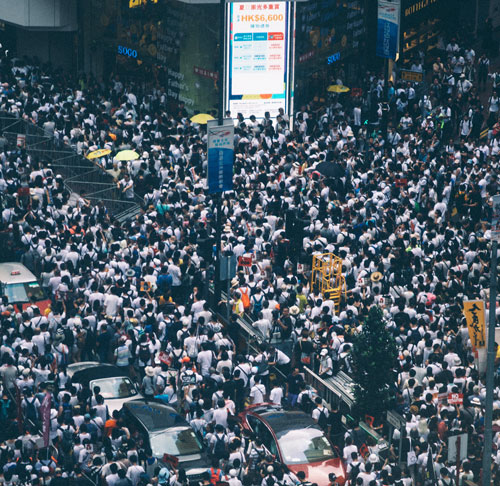 While suffering the consequences of global warming, agriculture also contributes to climate change, in particular by releasing two greenhouse gases into the atmosphere. These gases are methane and nitric oxide, and are for the most part derived from manure and fertilisers.

Emission reduction policies are already in place and are bearing fruit: the European Union reports that emissions from agriculture and livestock decreased by 24% between 1990 and 2012. However, the state of things is not as good when viewed globally: agricultural emissions in the rest of the world increased by 14% between 2001 and 2012. This is explained by the increased demand for food as a result ofpopulation growth and increased production in developing countries

How do we fight climate change?

All of these changes, together with the unrelenting food demand from the growing global population, require theimplementation of coordinated strategies at a worldwide level, as well as the adoption of various measures at the local level.

Authorities and international organisations have been taking action on these issues for some time: the European Union has been sponsoring several initiatives, while the FAO (United Nations Food and Agriculture Organization) has more than 300 active programmes and projects to solve problems connected with the volatility of an increasingly unpredictable climate, with special focus on developing countries.

At the local level, FAO pointed out some solutions that can be adopted immediately and in the long term. Practical examples include changing the dates of sowing and harvesting, adopting crop rotation based on water availability, choosing those crop varieties that are best suited to the new climatic conditions.

Other strategies to respond to change include taking measures to capture methane from manure, using fertilisers more sparingly and efficiently, and using the latest state-of-the-art, more effective farming machinery to reduce waste and optimise efficiency.

McCormick has always been at the side of those working in the agricultural sector, providing cutting-edge solutions and efficient technologies to meet the great challenges of today and tomorrow. That’s why the telematic systems in McCormick tractors include satellite guidance and the Isobus function. Learn more about the cutting-edge technology and performance of our tractors.