All the latest data on maize production around the world 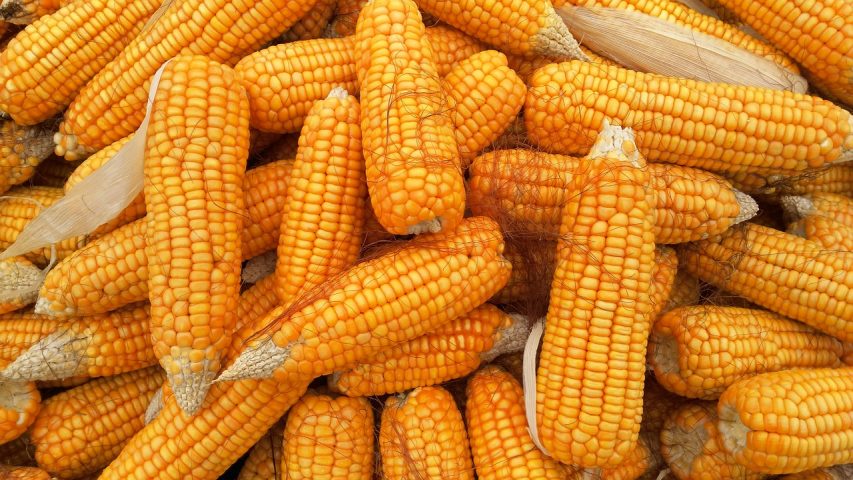 Maize is one of the world’s most widely produced and consumed cereal crops. In addition to its primary use for food purposes, it’s also used to produce biofuels, and to extract starch, oil and other substances for industrial uses.

It is a very large and significant market: in fact, the export value of maize reached 33.9 billion dollars in 2018. But how is maize production going?

According to the forecasts of the US Department of Agriculture (USDA), the global maize harvest for 2019-2020 will show a slight decrease compared to the previous year: in fact, the estimates speak of 1,108 million tonnes, as opposed to 1,124 million tonnes for 2018-2019.

Which countries produce the most maize?

There aren’t any major surprises in terms of the main producers. In fact, production remains firmly concentrated in 4 countries: The United States, China, Brazil and Argentina, which alone account for over 2 thirds of global production.

The ranking of the top 10 maize producing countries is clearly dominated by 2 continents: North America and Asia. Mexico and Canada also contribute to North America’s production, while Asian production is dominated by China, followed by India and Indonesia. 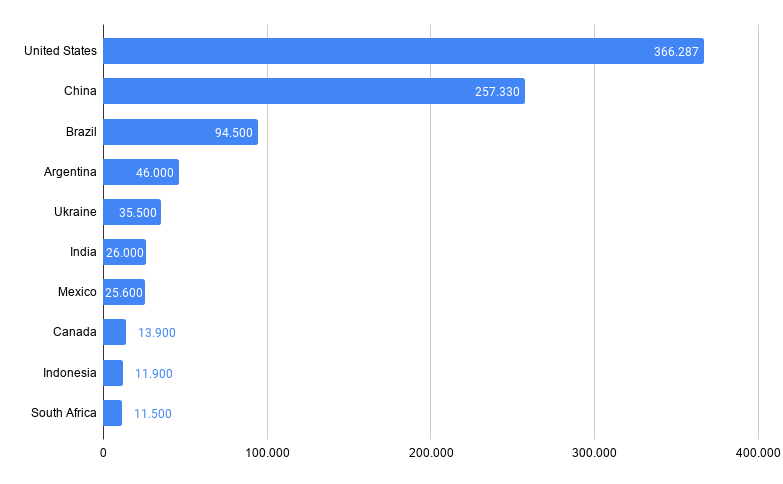 Which countries export the most maize?

The ranking changes slightly when it comes to maize exports: the countries that export the most are the United States, Argentina, Brazil and Ukraine. In this case as well the 4 countries at the top of the list account for well over 2 thirds of the worldwide market, with exports amounting to nearly 25 billion dollars out of a total of almost 34 billion dollars in 2018.

In terms of exports, European countries play a more dominant role: in addition to Ukraine, France, Romania, Russia and Hungary are also among the top 10. The ranking is completed by 2 countries already present on the list of main producers: South Africa and Canada.

Which countries import the most maize?

The map changes drastically when it comes to imports. Once again according to the 2018 data, the countries that purchase the most maize overall are Japan, Mexico, Korea, Vietnam and Iran, followed by Spain, Egypt, Holland, Italy and Colombia.

Which countries consume the most maize?

The ranking of the top maize consumers is led by the 2 main producers: In fact, the United States and China are the countries where this grain is most widely utilised. In China’s case, the domestic consumption actually exceeds the national production.

The European Union plays an important role in maize consumption, followed by several major producers, including Brazil, Mexico, India and Canada. A number of the major maize importers are also among the major consumers: Egypt, Japan and Vietnam.

The production and harvesting of maize require suitable tractors capable of guaranteeing the power and performance necessary for this cereal crop’s cultivation.